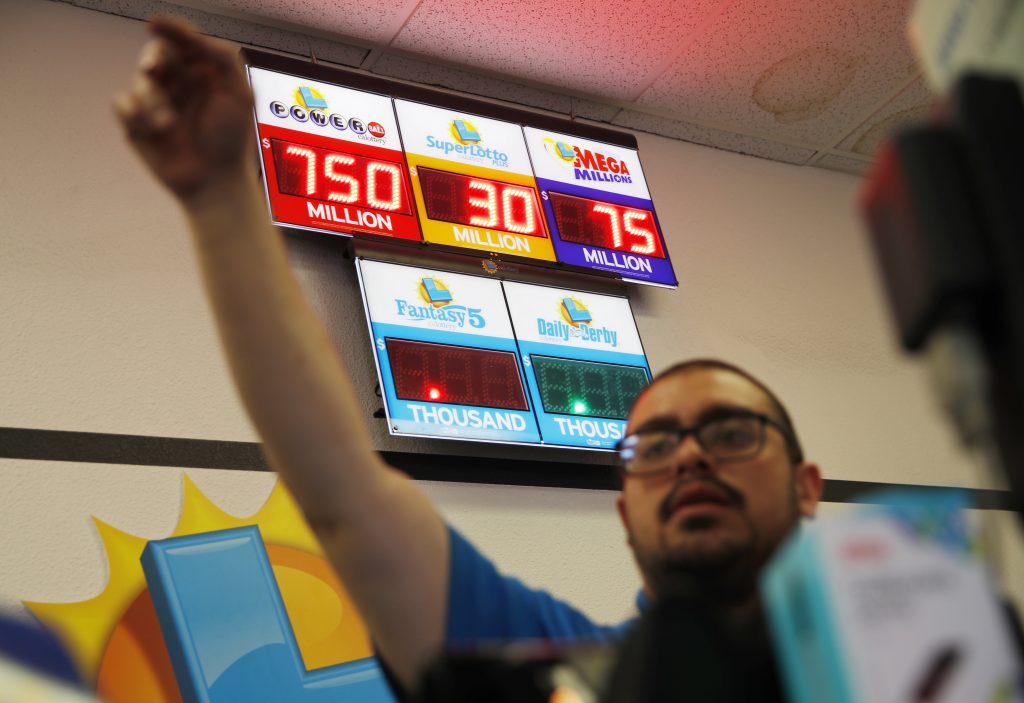 A single ticket sold in Wisconsin matched all six numbers in the Wednesday night Powerball drawing to win the third-largest jackpot in U.S. lottery history. Due to strong ticket sales, the jackpot climbed to an estimated $768.4 million at the time of the drawing with a cash option of $477 million.

The $768.4 million is the third-largest, behind the world-record $1.586 billion Powerball jackpot shared by winners in California, Florida and Tennessee in January 2016, and the $1.537 billion Mega Millions jackpot won in South Carolina last October.

“It’s going to be a very green spring for our first Powerball jackpot winner of 2019,” David Barden, Powerball Product Group chairman and New Mexico Lottery CEO, said in a statement. “A jackpot of this size can make many dreams come true – not just for the winner, but for all lottery beneficiaries and the lucky state of Wisconsin.”

Although the prize grew steadily since the previous jackpot winner on Dec. 26, the odds of matching the five white balls and single Powerball remained one in 292.2 million.

The $768.4 million estimated figure refers to the annuity option, paid over 29 years. Nearly all grand prize winners opt for the cash prize, which for Wednesday’s drawing would be an estimated $477 million. Both prize options are before taxes.

Seven tickets matched all five white balls, but missed matching the red Powerball in Wednesday’s drawing to win a $1 million prize. Those tickets were sold in Arizona, two in California, Indiana, Missouri, New Jersey and New York. Two other tickets, sold in Kansas and Minnesota, matched all five white balls and doubled the prize to $2 million, because the tickets included the Power Play option for an additional $1.

Powerball is played in 44 states, plus Washington, D.C., the U.S Virgin Islands and Puerto Rico.