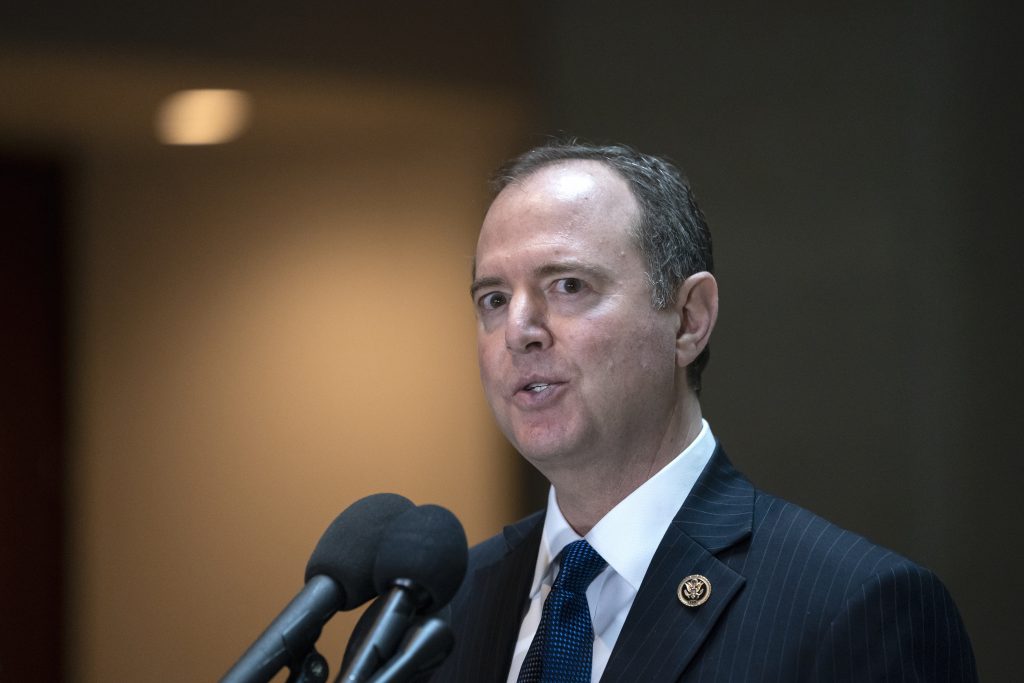 “Congressman Adam Schiff, who spent two years knowingly and unlawfully lying and leaking, should be forced to resign from Congress!” Trump tweeted.

The tweet came as Trump‘s Republican Party intensifies its counter-attack after Barr issued his summary of Mueller’s probe on Sunday. Barr’s letter to Congress did not clear Trump on the allegation of obstruction of justice.

Within hours of Trump‘s tweet, Trump‘s fellow Republicans on the House committee used the start of a hearing on Russia and efforts to influence U.S. elections to attack Schiff. They said all nine Republican panel members had signed a letter asking him to quit.

Schiff, who has not been accused by authorities of leaking classified information, responded strongly as the hearing erupted into acrimony.

White House adviser Kellyanne Conway called on Schiff to resign on Monday, a day after Barr released his four-page letter.

Senate Judiciary Committee Chairman Lindsey Graham, a close Republican ally of Trump‘s, has announced plans to examine the origins of the Trump-Russia probes. Some leading Republicans, including House minority leader Kevin McCarthy, also have called on Schiff to resign from the panel or as committee chairman.