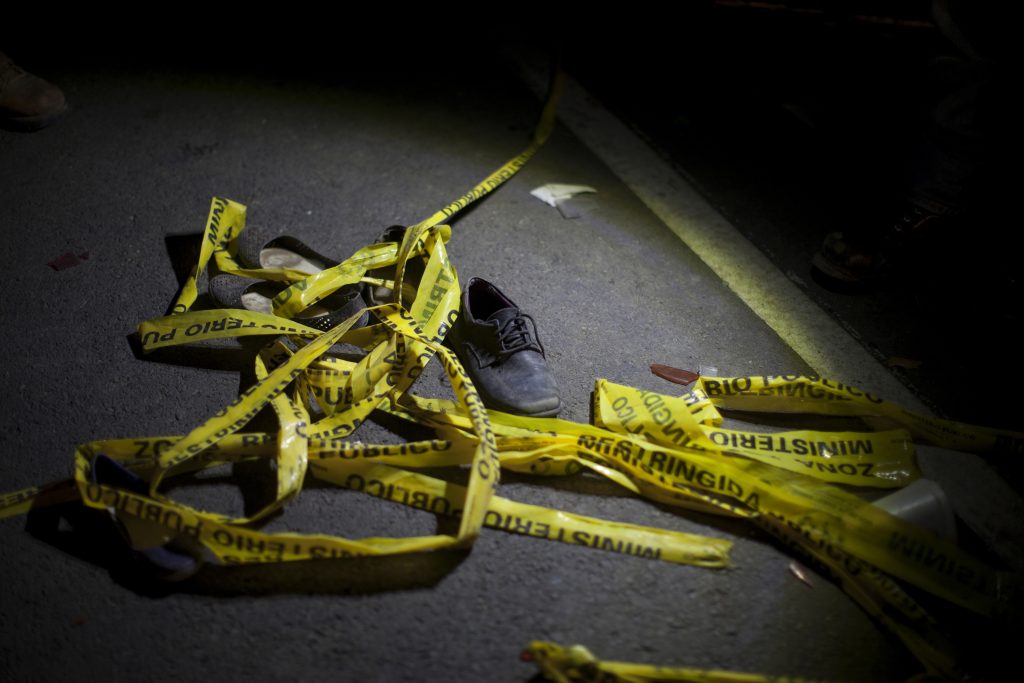 A large truck slammed into a crowd gathered on a dark highway in western Guatemala, killing 18 people and leaving bodies scattered on the roadway, firefighters said.

Health Minister Carlos Soto said that 18 others, including children, were injured and taken to hospitals around the municipality of Nahuala, in Solola province.

Local fire department spokesman Cecilio Chacaj said people were apparently gathered on the highway after a person was killed in a separate accident, when the semi-trailer plowed into them.

Chacaj said that confusion during the early response to the accident had led his department to erroneously count the casualties.

“With the confusion, people initially said 30, even more, dead, but once we cordoned off the area we were able to count the bodies properly,” Chacaj said.

A video circulating on social media showed bodies strewn on the roadway while several people cry and shout for help.

President Jimmy Morales tweeted his condolences over the tragedy and said his government would coordinate aid to the families of the victims.