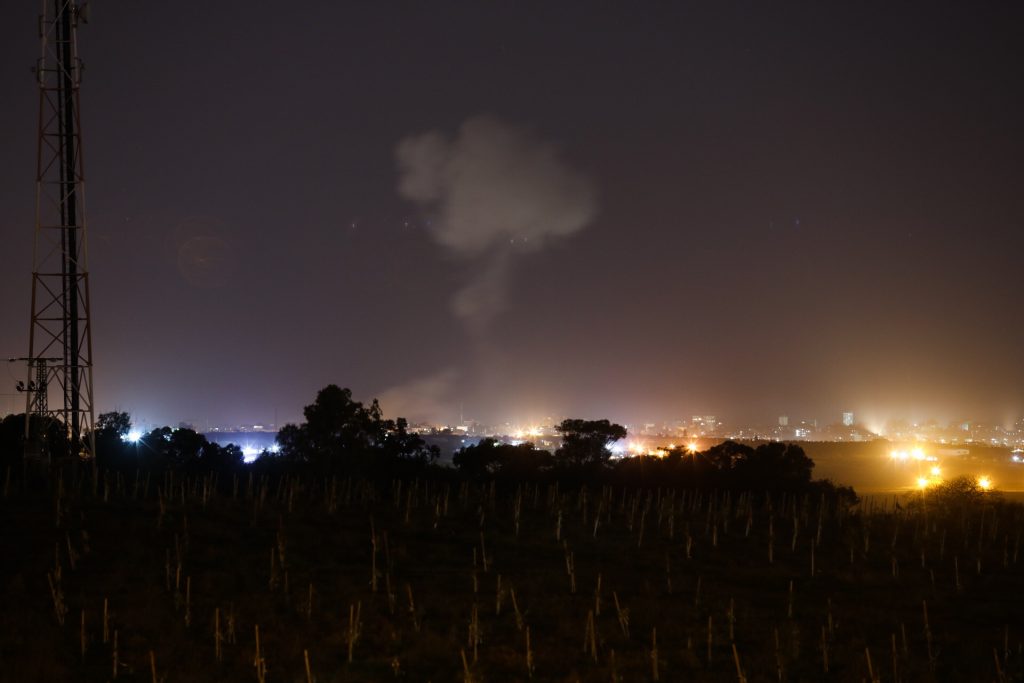 On the eve of threatened mass protests on the Gaza border, terrorist night squads were setting off large explosive devices along the security fence, loud enough to be heard in the nearby Israeli communities, The Times of Israel reported on Thursday night.

IDF divisions have deployed in the border area and await tens of thousands of Palestinian demonstrators on Friday, and another round of violent confrontations. Israeli Prime Minister Binyamin Netanyahu has warned earlier in the day that further provocations could lead to sending troops into Gaza.

Army infantry and artillery units have been reinforced in response to the terror attacks during the week. In addition, the military said that the leave of all combat units that are currently assigned to the Southern Command has been cancelled.

A spokesperson for the southern Israeli Eshkol region denied a report on the Kan news broadcaster saying that residents of Kibbutz Kerem Shalom were advised to evacuate in anticipation of heavy disorders over the coming weekend.

According to the official, kibbutz residents were offered a free weekend away by the Council to give them a respite from the noisy night-time riots at the nearby border fence, not to escape violence spilling over from Gaza.

During the day, a group of Palestinians caused damage to the security fence, and fled when Israeli troops fired warning shots, according to Channel 12.

In another sign of the tense situation, the U. S. Embassy in Yerushalayim issued a safety alert for, but not exclusively, Gaza and city centers in Yehudah and Shomron. “Locations throughout Israel and the West Bank could also be settings for demonstrations, protests, and police, military, and/or civilian response. Security incidents, including rocket fire, can occur well beyond Gaza and its periphery and at any time, as demonstrated by the March 14 and March 25 rocket attacks in Central Israel,” the advisory said.

Meanwhile, as Egyptian-mediated negotiations between Hamas and Israel reportedly continued, a senior member of Hamas’ military wing repeated their claim that the rocket firings against Israel were not deliberate.

“The early, automatic activation of the rockets from Gaza was the result of a decision of the resistance’s leadership to heighten its fighting preparedness,” the unnamed Izz ad-Din al-Qassam Brigades official tells Al-Jazeera.

“We decided to bolster our fighting preparedness after the occupation’s determination to carry out a hostile act before the elections came to light,” he explained.