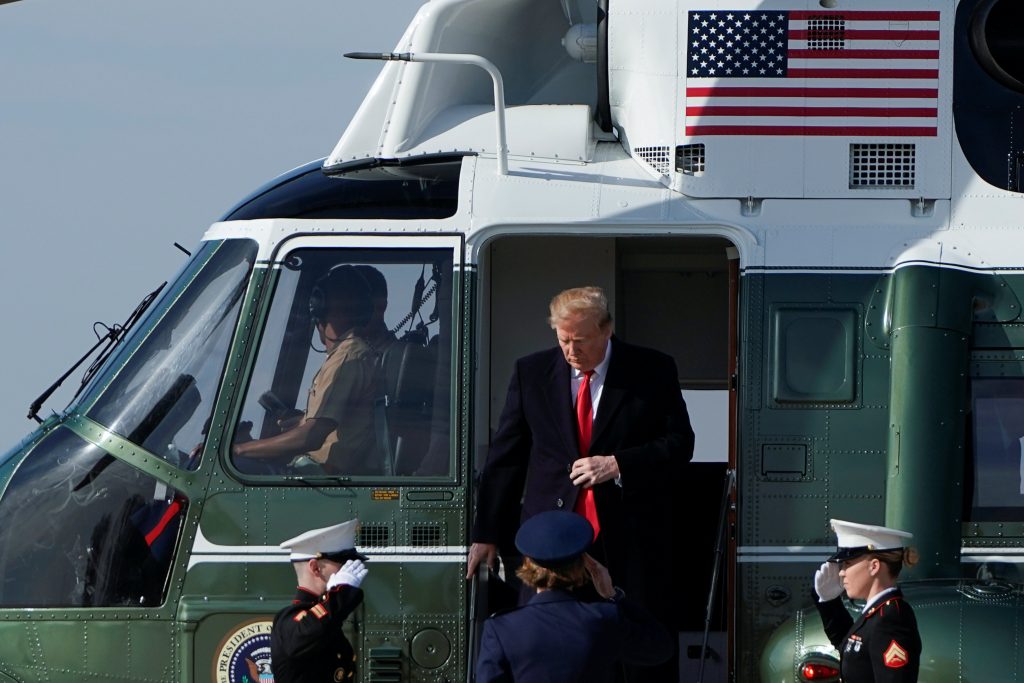 With the special counsel’s investigation largely behind him, President Donald Trump is turning his attention to 2020.
Trump left the White House Thursday on his way to Grand Rapids for a rally — his first political event since the Justice Department said that special counsel Robert Mueller did not find that his campaign colluded with Russia’s election meddling.
“Michigan is booming,” Trump declared as he left the White House.
Loyal supporters started lining up in front of the Van Andel Arena on Wednesday evening, with some camping out in tents and sleeping bags overnight. By mid-afternoon, a crowd of thousands, many in red “Make America Great Again” hats, snaked for blocks around downtown Grand Rapids, just across the river from The Gerald Ford Presidential Museum.
Trump’s sojourn to the Midwest is expected to be the first of many. His campaign is seeking to hold three key states that he swung from blue to red in 2016 — Michigan, Wisconsin and Pennsylvania. But they know this will be a battle after midterm elections that showed rising Democratic energy. Still, advisers believe that Trump’s core supporters remain enthusiastic heading into 2020.