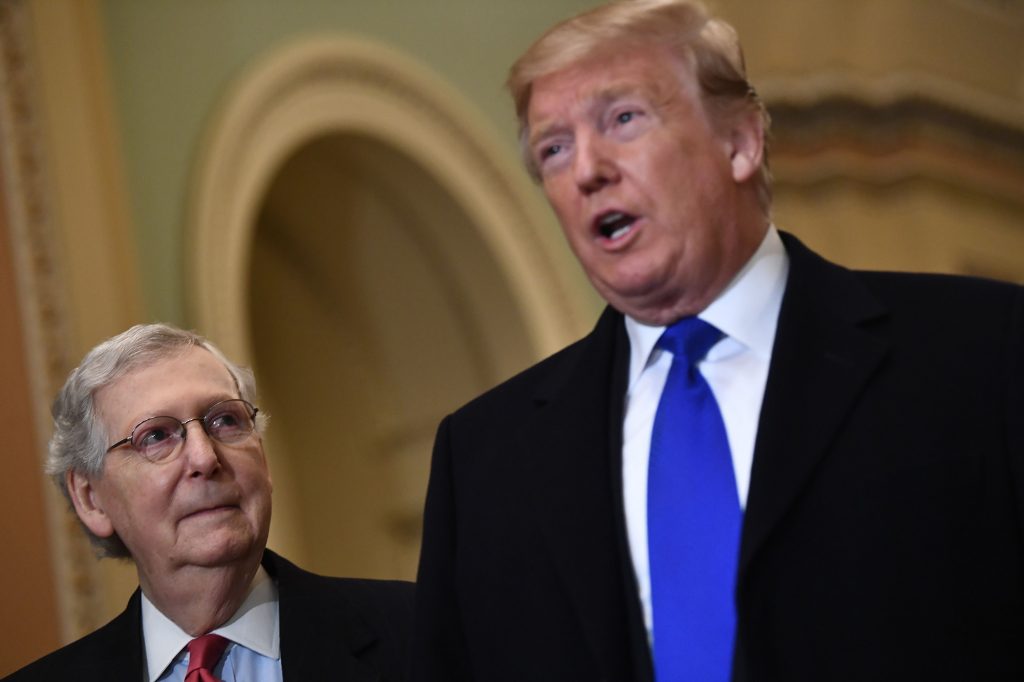 Senate Majority Leader Mitch McConnell has set up debate next week to make it easier for Republicans to confirm President Donald Trump’s nominees.

The Kentucky Republican came to the floor Thursday afternoon to complain about the difficulty Republicans have faced confirming a variety of Trump nominees and announced that “the Senate is going to do something about it.”

“It is not fair to the American people. The American people deserve the government they elected,” he said. “From an institutional perspective, as we all acknowledge, this is completely unsustainable.”

McConnell reiterated the concern expressed by other Republicans that the current process needs to change to avoid being repeated over the longer term.

The Senate already can approve some nominees with a simple majority, but McConnell’s move would allow the chamber to make the approvals more quickly.

The move has been anticipated all year, and it picked up steam in February after the Rules and Administration Committee advanced the proposal from Chairman Roy Blunt of Missouri and Oklahoma Republican Sen. James Lankford, with a party-line vote.

While McConnell filed cloture to limit debate on proceeding to the resolution to establish a new standing order through the regular process Thursday, it’s widely expected that no compromise will be reached with Democrats and the GOP will move ahead anyway, using the “nuclear option” to effectively change the rules of the chamber with just a simple majority vote.

The resolution, as reported out of the committee, would establish a standing order reducing the debate time to up to two hours after cloture has been invoked on nominees to be district judges, as well as most executive branch posts below Cabinet level. The post-cloture debate time is up to 30 hours under current rules.

There will first be a vote next week under the regular process, but that supermajority vote is expected to fall short.