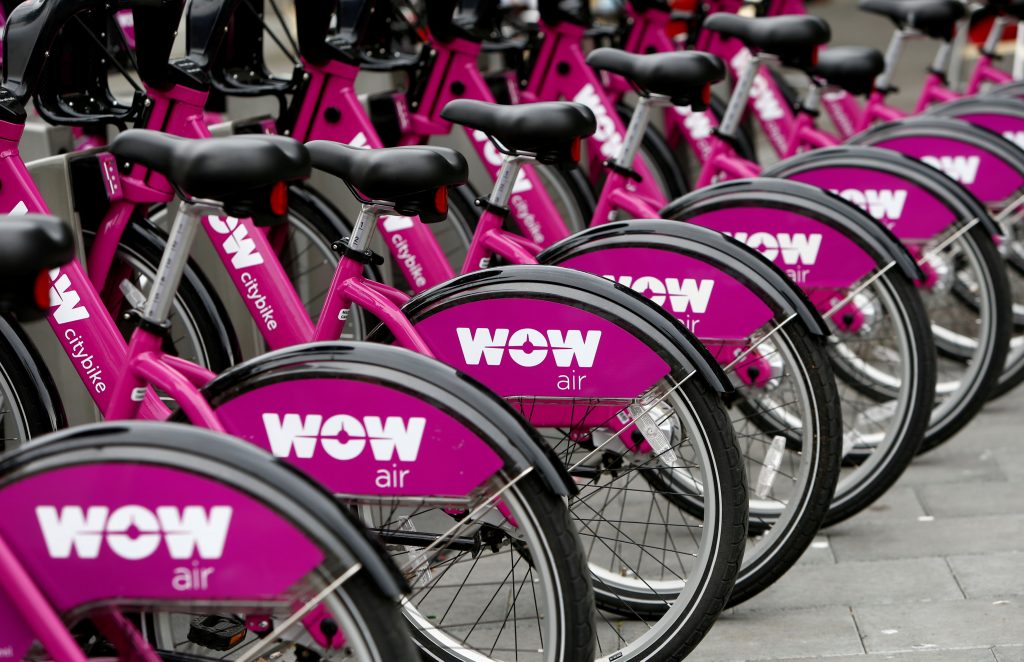 Israelis who purchased tickets on Icelandic carrier WOW Air are likely out of luck in terms of getting refunds, after the company shut down operations Thursday. The low-cost airline said in a terse notice on its web site that “Wow Air has ceased operation. All Wow Air flights have been canceled.”

According to European news reports, thousands of passengers are now stranded, with little recourse but to buy tickets – and in Israel, Yediot Acharonot said, thousands more are probably never going to get their money back for unused tickets.

Travel experts told the newspaper that it was inevitable that the airline would close down, after a loan the company was counting on did not materialize. Travelers said that in recent days, the airline canceled many flights, and many others were late. It also removed its flight schedule from its website, directing travelers to check with their local airports.

WOW had operated four flights a week between Israel and Iceland, starting at $200 per flight to or from Reykjavik, with connections to New York, San Francisco, Los Angeles, Boston, Montreal, Toronto, and other North American cities. As a low-cost airline, WOW is competing in an increasingly crowded space, as Israel’s “Open Skies” policies have attracted numerous competing low-cost carriers. Like the others, WOW offered various levels of service, with passengers paying for amenities like seat choice, meals, luggage, etc.

Low-cost airlines have been attracted to Israel due to its “Open Skies” policy, which provides subsidies and lowers landing fees and other charges for foreign carriers who open routes to and from Israel. The recent opening of Ramon Airport near Eilat has increased interest among foreign carriers, because the subsidies there are even bigger, the report said.

According to Israeli law, passengers who purchased tickets within the past 7 days and who are scheduled to fly within 7 to 14 days of purchasing their tickets are entitled to an automatic refund from the airline. But industry experts told Yediot Acharonot that while it was worth trying, customers should not expect too much success in getting their money back, considering the fact that the airline is apparently broke.

WOW Air was established in 2011 by a prominent Icelandic business figure, and since then has expanded significantly. In 2016 over 1.6 million people traveled with the airline to its various destinations between North America and Europe, with Reykjavik as its hub.