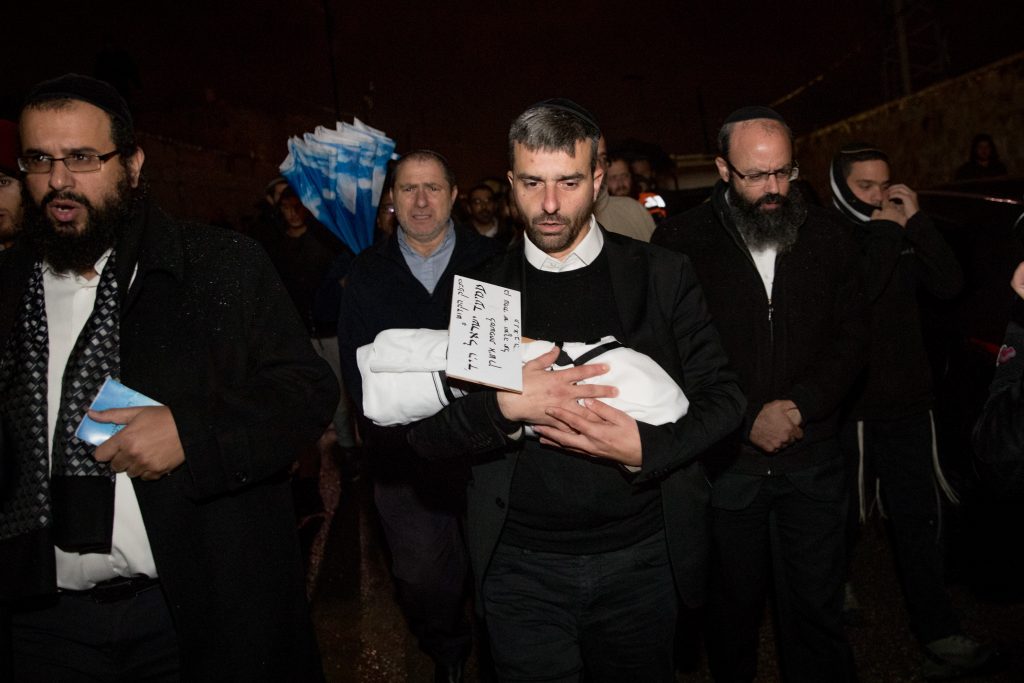 IDF Central Command head Nadav Padan has signed an order to demolish the house of the family of Salah Barghouti, who carried out a shooting terror attack in December. Seven people were injured in that attack, which occurred at the entrance of Ofra, including Shira and Amichai Ish-Ran. Doctors attempted to save their infant, but he passed away several days later.

Barghouti was eliminated several days later, prompting his brother, Assam Barghouti, to carry out another shooting attack at nearby Givat Assaf. Killed in that attack were IDF soldiers Yuval Mor-Yosef, H”yd, and Yosef Cohen, Hyd, with a third soldier, Netanel Felber, injured. He is still in a coma nearly thee months after the attack.

Large numbers of police responded to a report of a car-ramming attack, in which a Border Guard was lightly injured. The incident occurred at a gas station in Ramat Beka, south of Be’er Sheva. Police said in a statement that a search for the vehicle was ongoing, and that they had gotten evidence of the attack and identity of the driver from security cameras.