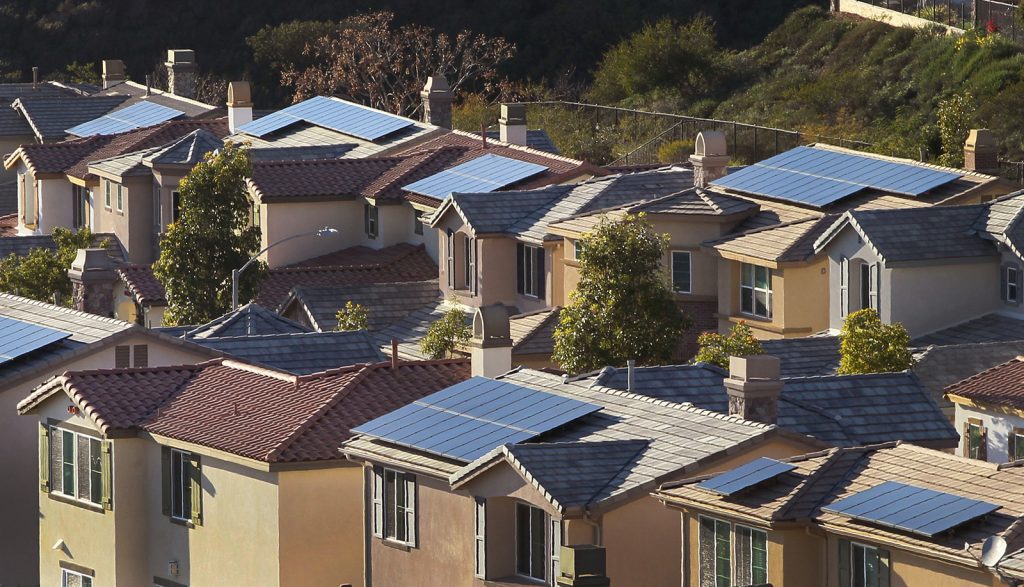 Energy numbers from three very different sources across the country are surging.

Renewables, natural gas and even nuclear power each received good news in separate reports released by the U.S. Energy Information Administration, or EIA.

The federal agency responsible for collecting, analyzing and disseminating energy data on March 14 announced natural gas production in the U.S. reached an all-time high for the second straight year.

Due to hydraulic fracturing (“fracking”) and horizontal drilling techniques, production in places like Marcellus Shale in the East and the Permian Basin and Haynesville Shale formation in Texas has reached record levels.

For more than 60 years, the U.S. was a net importer of natural gas.

But now there is so much gas floating around that companies are exporting it to other countries. An increasing amount is being sold to Mexico, via pipelines, and the EIA reported a 53 percent rise in exports of liquefied natural gas, or LNG, to countries like Japan and South Korea.

San Diego-based Sempra Energy is expected to unveil a $10 billion LNG facility on the Louisiana Gulf Coast by the end of June.

Five days after the natural gas report, the EIA reported electricity generation from renewable energy sources doubled between 2008 and 2018, with solar and wind accounting for 90 percent of the increase.

Solar generation in the U.S. has expanded from 2 million to 96 million megawatt-hours during that 10-year period. But wind made the biggest gains. Installations in places such as the Great Plains and Texas helped generation grow from 55 million MWh to 275 million MWh.

The numbers are expected to keep swelling as federal authorities approve more permits for offshore wind farms. Just one offshore facility is currently online — the Block Island Wind Farm off the coast of Rhode Island — but others are expected to follow off the Great Lakes, and the Atlantic and Pacific coasts.

Nuclear power has experienced a decline in numbers but last week, the EIA reported the industry generated more electricity than ever.

In the space of five years, six nuclear power plants have shut down while just one — the Tennessee Valley Authority’s Watt Bar Unit 2 reactor — has come online. But a combination of factors have kept the sector’s electricity generation numbers up.

One is “uprates,” where plants get commissioned to increase generating capacity. The other is a reduction in the amount of time reactors are out of operation for refueling or maintenance.

The expected addition of Georgia’s Vogtle Units 3 and 4 by 2022 will add 2.2 gigawatts of additional power to the industry but the EIA said that will be more than offset by the retirements of two plants this year, three more in 2020 and four in 2021. Nuclear capacity in the U.S. is forecast to fall by 10.5 gigawatts by 2025.