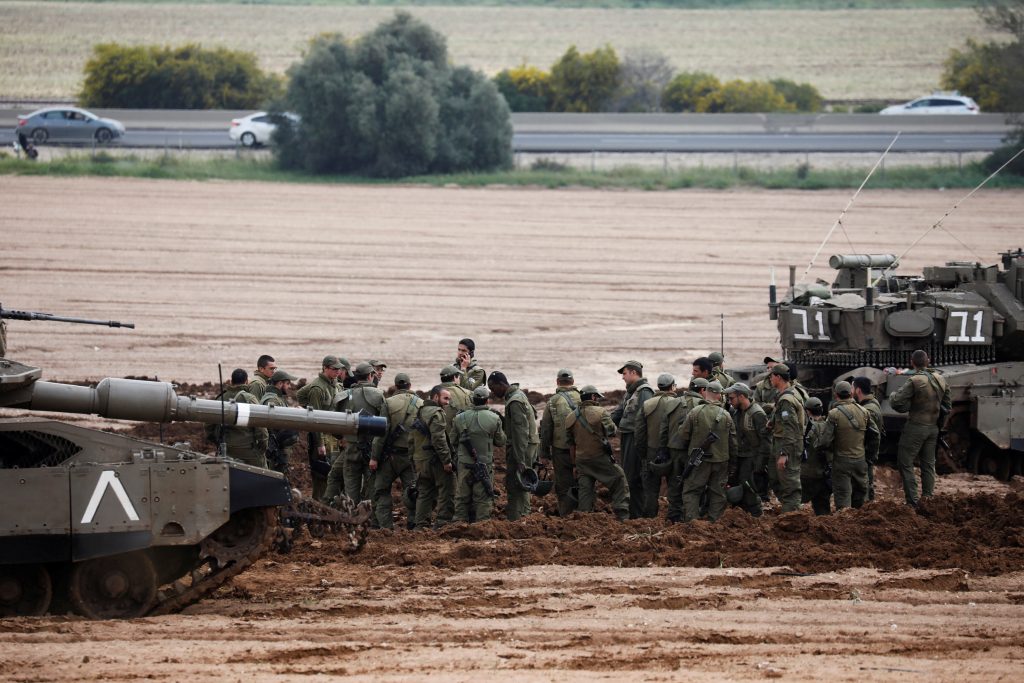 After another tense night in southern Israel, reports Wednesday said that Hamas had rejected Israeli conditions for a ceasefire. Egyptian negotiators had been trying to hammer out a deal between Israel and Hamas to end the current round of tension – but a report in the London-based a-Sharq al-Awsat newspaper Wednesday said that Hamas had rejected Israel’s demand that riots along the Gaza border be halted.

Instead, Hamas has proposed “quiet for quiet” – for Israel to stop its attacks on Gaza, with Hamas halting its rocket fire on southern Israel. Hamas rejected demands that the riots – which the terror group terms “the march of return” – be halted, and neither was it willing to halt the balloon terror attacks that have plagued the south for the past year.

Israel is especially interested in preventing riots this weekend, which Hamas is using to “celebrate” the one-year anniversary of the ongoing Friday riots. Hamas has called for mass riots in Gaza and in Yehudah and Shomron and Yerushalayim, and for merchants to close their stores and attend demonstrations. In a message to Hamas Tuesday, Israel said that it was “very close” to a military campaign in Gaza, and that it would no longer accept riots on the border fence. Yediot Acharonot quoted a top security official as saying that “the campaign could break out at any moment.”

IDF planes Tuesday night hit additional Hamas targets throughout Gaza. Hamas fired at least one rocket at southern Israel, but it was intercepted by the Iron Dome anti-missile system. In a statement, the IDF said that “Hamas is responsible for everything that happens in Gaza. The IDF is determined to carry out its mission of defending Israelis, and it is prepared for any scenario.”