Israel One Palestinian Killed in Rioting Against IDF Troops
Israel 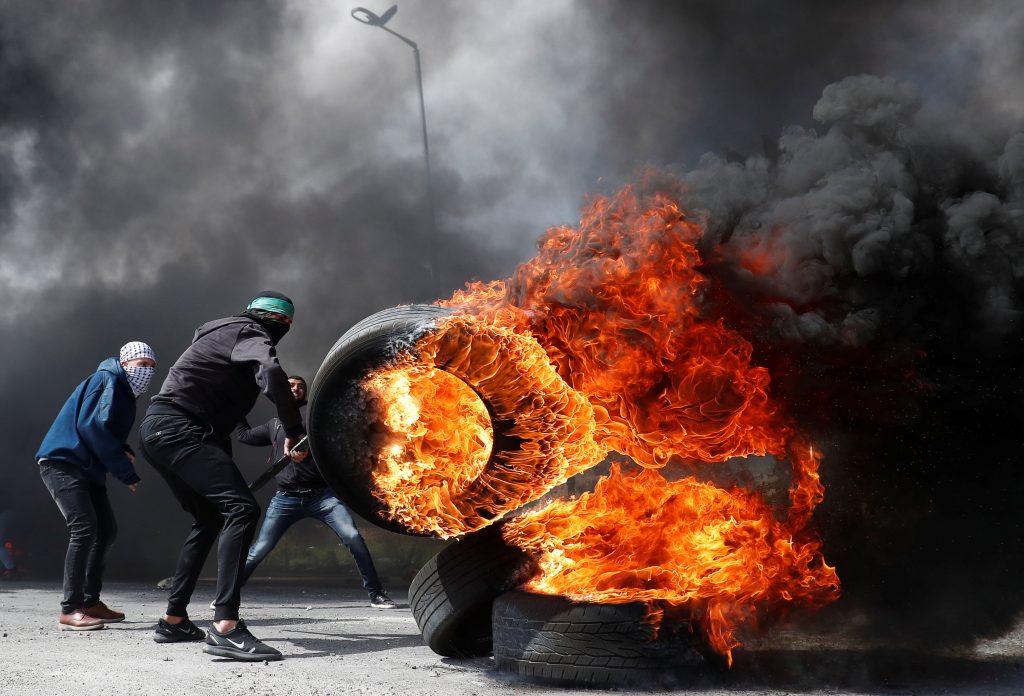 About 150 Palestinian students threw firebombs and rocks at Israeli soldiers who responded with tear gas and rubber-coated metal bullets on Wednesday after an Israeli raid on Birzeit University.

Also on Wednesday, a 17-year-old Palestinian was shot dead by Israeli troops during clashes with stone-throwers in Dheisha refugee camp near Beit Lechem, an ambulance service official said.

He identified the victim as a volunteer wearing a paramedic uniform. The Israeli military had no immediate comment.

In the university unrest, three protesters were wounded by rubber bullets and two were treated for tear gas inhalation, ambulance crews said. There were no reports of Israeli casualties.

The protest broke out after Israeli forces, in a night-time raid on Tuesday, arrested three students at Birzeit University. Pro-Hamas activists at the school said the three identified with the Islamist group.

The military said that overnight it had detained 11 Palestinians in Yehudah and Shomron suspected of terrorist activity, but gave no specifics.