Regional Manhattan Drivers Near New Era That May Include $11.52 in Tolls
Regional 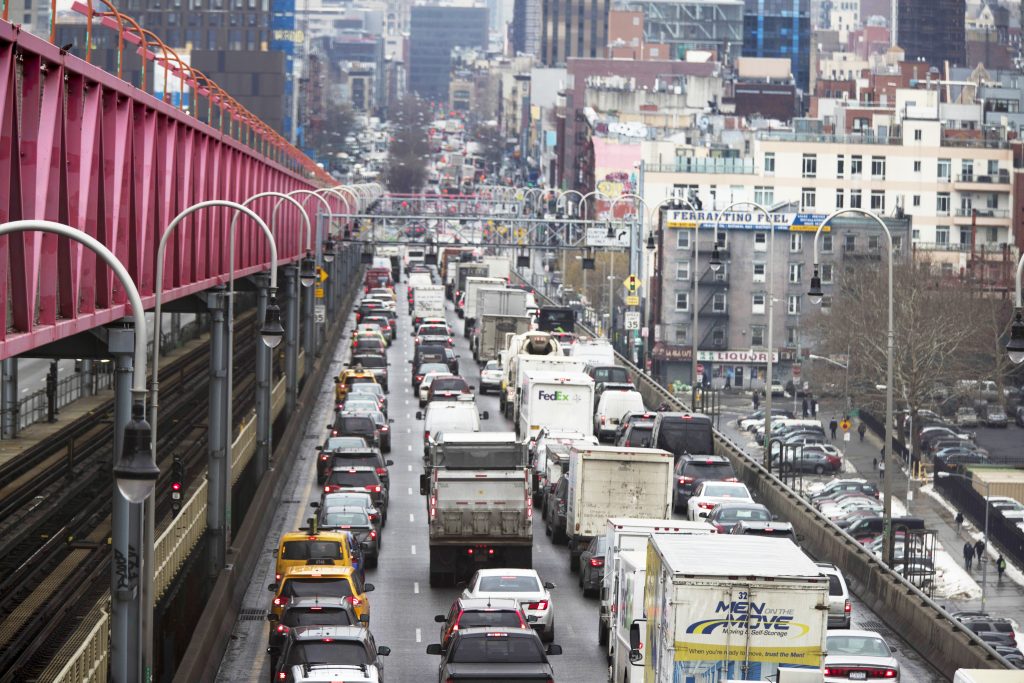 London did it. So did Singapore and Stockholm. Now New York may finally be coming around to congestion pricing.
The idea is gaining momentum in the state capital and at city hall, giving new urgency to a plan that would transform everyday life for millions of people by charging motorists an as-yet-undetermined toll — $11.52 according to past recommendations — to drive south of 61st Street in Manhattan.
Assembly Speaker Carl Heastie said Wednesday that he has the votes to pass a bill, and Governor Andrew Cuomo, a fellow Democrat, told WNYC radio he was fairly optimistic. “It’s proceeding,” he said, though “you’re not there until you’re there.”
Many in the New York City area would rather it never happen. But lawmakers are under pressure to take the step: They face an April 1 deadline on a budget vote that must include a way to finance $40 billion of capital improvements for the Metropolitan Transportation Authority, particularly for its century-old subways, which are plagued by equipment failures and breakdowns.
What’s more, clogged midtown traffic is costing the city economy more than $9 billion a year, according to the Partnership for New York City, a civic group composed of chief executive officers.
Revenue from the tolls — which would be counted by electronic devices around Manhattan’s business core — would help the money-starved MTA bring subways up to 21st century standards. The authority has estimated it needs $40 billion to do that over the next 10 years.
“I think we’re ready to move forward because the assembly members understand how important it is to fund the MTA,” Heastie said after a closed-door meeting with Democrats, who control the legislature. “I wouldn’t say that if I didn’t think I had the votes.”
In the past, lawmakers representing the suburbs have objected to charging motorists to drive on many Manhattan streets, concerned for their constituents who are already paying to cross bridges into Manhattan. Many in the suburban bloc had also insisted that some congestion-toll funds go to support regional commuter trains.
Senator James Skoufis, a Long Island Democrat, said he remains opposed, calling “double tolling” on bridge-and-tunnel motorists “just inherently unfair.”
Yet support is now broad enough for people to be “confident it will pass in the State Budget,” said Gary Ginsburg, spokesman for Senate Majority Leader Andrea Stewart-Cousins.
Mayor Bill de Blasio has said he’s not about to wage war with his suburban neighbors about such issues. “I respect their concerns because they’re talking about mass transit for their communities,” he said earlier this month. “I am open to whatever gets us to a solution by April 1st — that’s the bottom line.”
The toll would raise about $1 billion a year, enough to finance $15 billion in bond issues toward transit improvements. The legislature is also considering a pied-a-terre tax on non-resident-owned apartments worth more than $5 million, which would bring in about $650 million a year; that would be sufficient for about $9 billion in borrowing authority. An internet sales tax would produce an estimated $5 billion.
Cannabis legalization would have been good for another $2 billion or so but it stalled in the legislature, meaning the MTA would remain about $11 billion short of its goal.
The transit agency’s current $33.3 billion capital plan is financed by federal, state and city sources, as well as bond sales and pay-as-you go capital. The MTA hasn’t yet drafted its 2020-2024 plan. Moody’s Investors Service rates the MTA’s credit at A1 — and gave it a negative outlook in December. That was based on financial challenges from service and ridership declines, inflexible labor costs, capital needs and growing public pressure to improve service and limit fare increases.
“You really worry about the deterioration of the system and a decrease in ridership,” said Howard Cure, director of municipal bond research for Evercore Wealth Management. “There could be continued downgrades and widening of spreads if they don’t get these funds.”
Among the matters lawmakers still have to deal with is who to exempt from the tolls. Carve-outs caused problems in Stockholm, where revenue fell 14 percent short of projections due to so many exempted vehicles. Revenue also disappointed officials in London when reduced traffic resulted in fewer motorists paying fees, according to Citizens Budget Commission data published March 19.
“It’s administratively cumbersome and a threat to revenue to carve out exemptions for the disabled or people traveling to medical appointments and other needs,” said Matthew Daus, a New York-based national transportation consultant based who served as chairman of the city Taxi and Limousine Commission from 2001 to 2010. “Politicians tend to be more generous than they should in exempting people and that can hurt the bottom line.”
For Cuomo, the bottom line is that without congestion pricing, the state-run MTA would have to increase subway and bus fares by 30 percent, jumping a single ride’s cost to more than $3 from $2.75 and a monthly pass to about $160 from its current $127.
“Either the rider pays in fares and tolls or it’s congestion pricing,” Cuomo said on Feb. 7 as he tried to sell the plan to the Association for a Better New York, a business civic group. “That’s the real choice.”