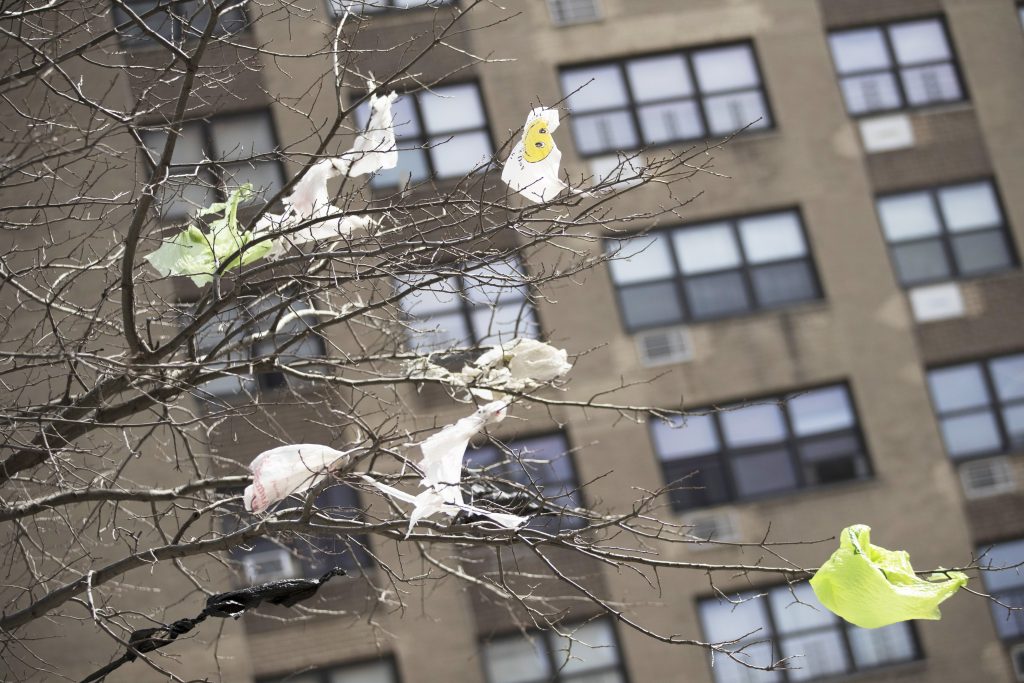 The ubiquitous plastic bag would be banned throughout New York state under a provision negotiated Wednesday as part of the budget plan that Gov. Andrew Cuomo and the Democrat-controlled Legislature are trying to finalize before the April 1 deadline.

Sen. Todd Kaminsky and Assemblyman Steve Englebright, both Long Island Democrats, said the proposal for banning single-use plastic shopping bags had gained traction for inclusion in the budget due Sunday. During a news conference at the Capitol, the lawmakers pointed out that their hometowns have already banned plastic bags, while environmental conservation advocates said New Yorkers use 23 billion plastic bags each year.

“This issue has kicked around Albany way too long,” said Kaminsky, chairman of the Senate Environmental Conservation Committee.

Combining a plastic bag ban with a fee on paper shopping bags, as some lawmakers and advocates support, could prove to be a thornier issue. Some legislators are concerned that imposing a fee will equate to a tax on consumers in poorer communities. Details of a proposed fee — how much it would be, whether exemptions would be allowed — were still being discussed, Kaminsky said.

Gov. Cuomo, a Democrat, supports a plastic bag ban and included it in his budget proposal, although he and the Legislature overturned New York City’s 5-cent fee on the bags in 2017, saying there should be a statewide response. Mr. Cuomo introduced legislation last year that would have banned the items across the state, but it failed to get a vote in the Legislature.

“We’re encouraged by the emerging consensus on this issue and will continue to work with the Legislature to finalize a budget that works for all New Yorkers,” Cuomo spokesman Richard Azzopardi said.

The Legislature was working to resolve debates over the details of several proposals in the governor’s $175 billion spending plan, including eliminating cash bail for criminal defendants and a permanent extension of the existing 2 percent cap on local property tax increases.

When top lawmakers emerged from another negotiating session with Mr. Cuomo on Wednesday, they were optimistic that a budget deal would be reached by the deadline.

“We’re on pace to be on time,” said Senate Leader Andrea Stewart-Cousins(D-Yonkers). “It’s fair to say we are close on many things.”

Much of the discussion Wednesday focused on a proposed tax on second homes in Manhattan worth more than $5 million. Lawmakers are now debating whether to make it an annual property tax or a one-time sales tax paid when the properties are bought. Revenue from the tax would go to New York City transit.