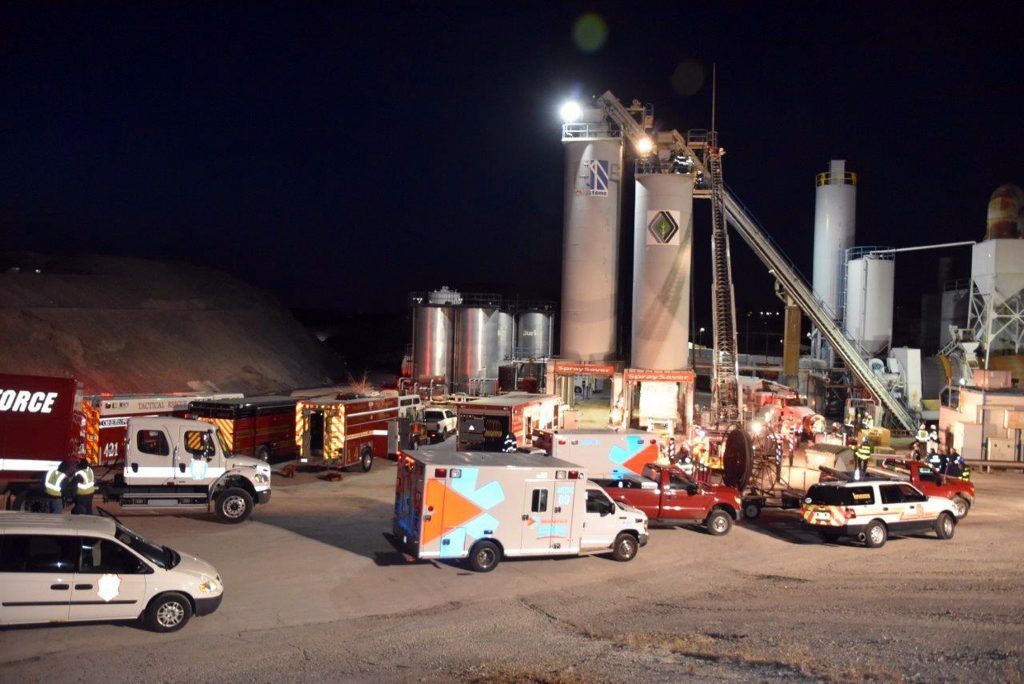 Crews from several fire departments worked for more than seven hours to rescue a worker trapped inside a silo containing gravel in Indianapolis.

The Indianapolis Fire Department responded shortly after midday Tuesday to reports of a possible trapped worker at Milestone Contractors and learned that 34-year-old Billy Joe Walls was stuck inside. He had been lowered inside the silo to take measurements and unexpectedly sank into the gravel.

Walls was attached to a cable, but he couldn’t be pulled out. Rescuers used a vacuum truck to remove some gravel and eventually hoisted him to safety Tuesday night. The fire department says that Walls, who works for Riley Tool and Machine in Marion, Kentucky, was taken to a hospital in stable condition.