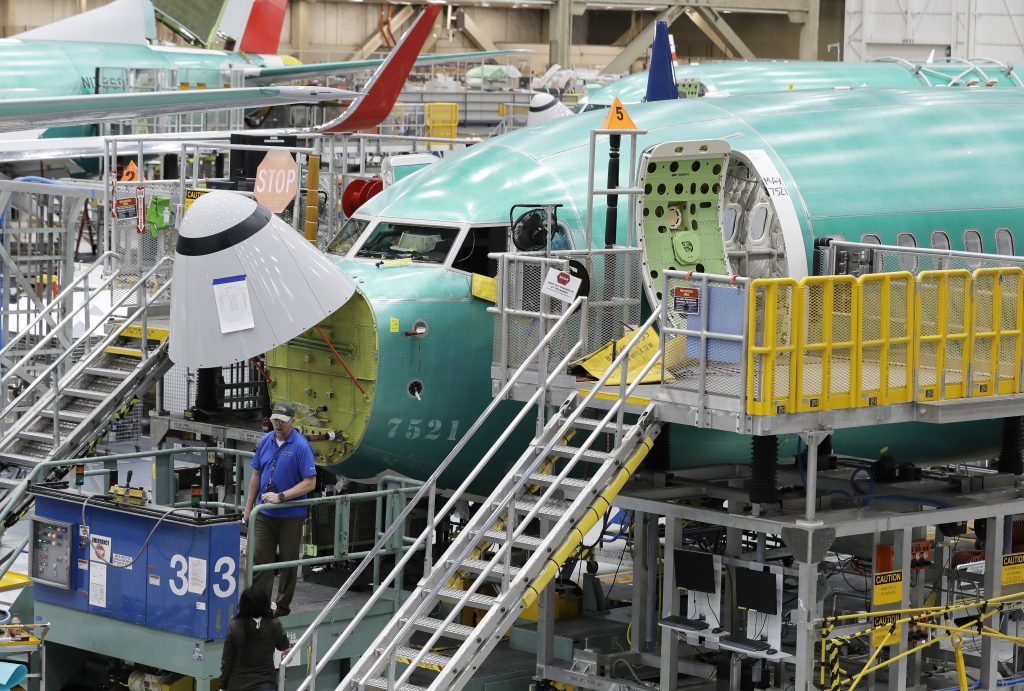 Boeing Co. said it was agonizingly close to a software fix for its 737 Max jetliner when an Ethiopian Airlines jet plunged to the ground March 10, the second deadly crash in less than five months.

The U.S. planemaker, working with regulators, has spent months refining the software since flight data from the October crash of a Lion Air jet in Indonesia indicated that the system had repeatedly tipped the nose down before pilots lost control. The upgrade proved more complicated than the manufacturer initially estimated, according to a Boeing executive.

The stall-prevention software known as the Maneuvering Characteristics Augmentation System, or MCAS, has emerged as a focus for investigators in both crashes, which killed a combined 346 people. U.S. lawmakers are also probing how the system, activated without pilots’ knowledge by a single sensor reading, came to be approved on the Max.

Boeing intends to present U.S. regulators with the final documents for certification later this week, the last step in a process the company outlined for the Federal Aviation Administration on Jan. 21. Boeing will also have to convince skeptical regulators in Canada, Europe, China and elsewhere of the system’s safety.

Once the manufacturer has clearance from regulators, the plane could resume flying within days, said the Boeing executive, who asked not to be identified talking about private discussions. The software patch takes about an hour to download, while airlines will also need to retrain pilots using new materials the company has refined.

Boeing has launched a blitz to restore confidence in the Max, the revamped version of its workhorse single-aisle jet, which has been deeply tarnished by the crashes less than two years after the plane’s debut. The company has been meeting with airlines and regulators worldwide, and it held detailed briefings for reporters and 200 pilots and industry officials on Wednesday.

The redesign, intended to prevent MCAS from deploying in normal flight, has gone through months of testing, starting with hundreds of hours of desktop simulation, Mike Sinnett, a Boeing vice president of product strategy and development, told reporters Wednesday.

The system was tested in a laboratory, on fixed-base simulators and then through ground and flight tests. Production aircraft, deliveries of which have been halted by the global grounding, have been flying the new version of the software for a “couple weeks now,” he said.