World U.K. Lawmakers Urge May to Heed Them on Alternative Brexit Plans
World 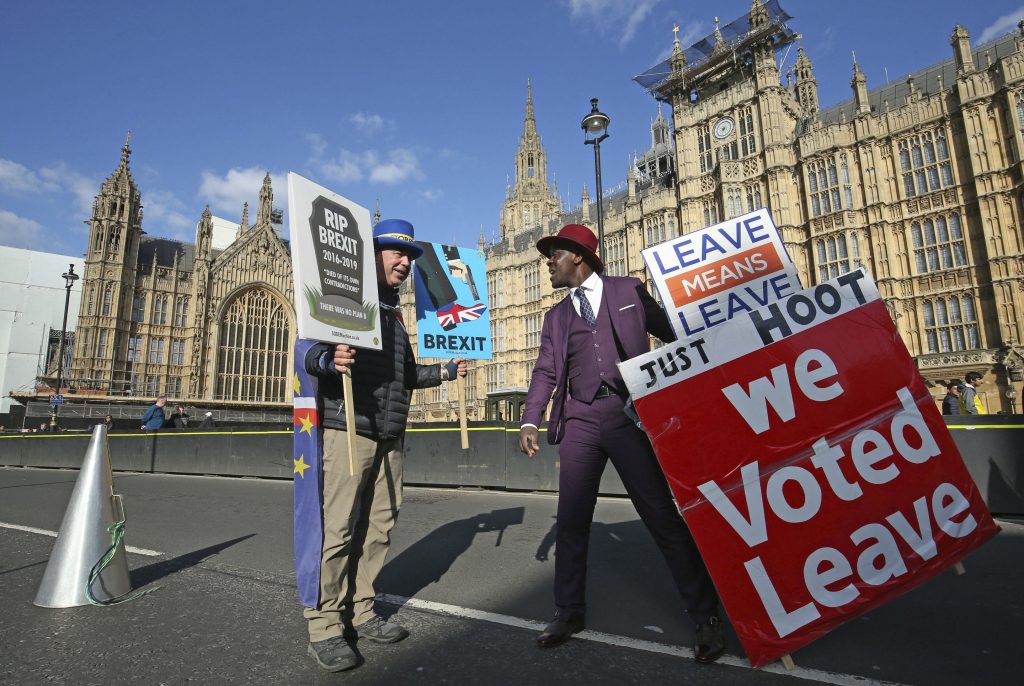 British lawmakers called on Prime Minister Theresa May on Tuesday to heed whatever alternative Brexit strategy they can settle on after they attempted to break the impasse by grabbing control of the process in Parliament.

The government insisted that the deal May agreed on with the European Union in November after more than two years of negotiation remained the only way forward for taking Britain out of the bloc. That deal has been voted down twice in Parliament.

May hopes lawmakers who want an abrupt no-deal Brexit will now fall in behind her or risk seeing a long delay which could end up with Britain remaining closer to the EU or not leaving at all.

In the latest twist in Britain’s Brexit drama, lawmakers on Monday wrested control of parliamentary time in order to vote on a range of Brexit options on Wednesday. Three junior ministers resigned in order to defy the government line.

May responded by saying her government would not be bound by the results of the so-called indicative votes.

But lawmakers said the government should listen.

“If Parliament is able to come up with a way forward, the question is whether the government is prepared to compromise,” Hilary Benn, an opposition lawmaker who chairs a Parliament committee on Brexit, said.

Benn conceded that the government could ignore the indicative votes and press on with May’s plan.

“That is indeed possible, but it is not an argument for not trying because we are in a complete mess. The government is in chaos,” he said.

Possible options to be considered include May’s deal; a no-deal Brexit; another referendum; revoking the Article 50 divorce process; a free trade agreement with a customs union; and staying in the EU’s single market.

Steve Brine, a lawmaker from May’s Conservative Party who quit as a junior health minister on Monday, said Parliament might be able to break the deadlock.

“The bottom line is that something has got to change,” he said. “We are stuck in this maddening impasse where we go round and round in circles, something has to move us forward. The House of Commons is not going to come up with something completely crazy.”

Health Minister Matt Hancock said May’s deal remained the only option on the table and ousting the prime minister would not help resolve the impasse.

May has not ruled out bringing back her deal for a third time this week, possibly on Thursday.

The Sun newspaper said May had suggested she could resign if that persuaded enough doubters in her party to back her deal.

“Changing the party leader doesn’t change anything. It doesn’t change the arithmetic in Parliament and also it would be a huge distraction,” Hancock said.

Last week, the EU agreed to delay Britain’s original March 29 departure date because of the deadlock. Now, Britain will leave the EU on May 22 if May’s deal is approved this week. If not, it will have until April 12 to outline its plans.

Former Conservative Minister Michael Heseltine said that ignoring Parliament would be dangerous for May.

“I think she is playing with fire when she says she is not going to take any notice of what the House of Commons says,” he told BBC radio.

“There is no doubt at all that public opinion is moving, quite significantly now, appalled at what has happened and the events that we see and apprehensive of the fact that we haven’t even begun to negotiate the real deal.”

Nearly three years after Britons voted 52-48 percent in the 2016 EU membership referendum to leave, and three days before Britain was supposed to leave the bloc, the outlook for Brexit remains up in the air.

Brexit minister Stephen Barclay said on Sunday that if Parliament took control of the Brexit process, a snap election, which the main opposition Labour Party would likely back, could follow.