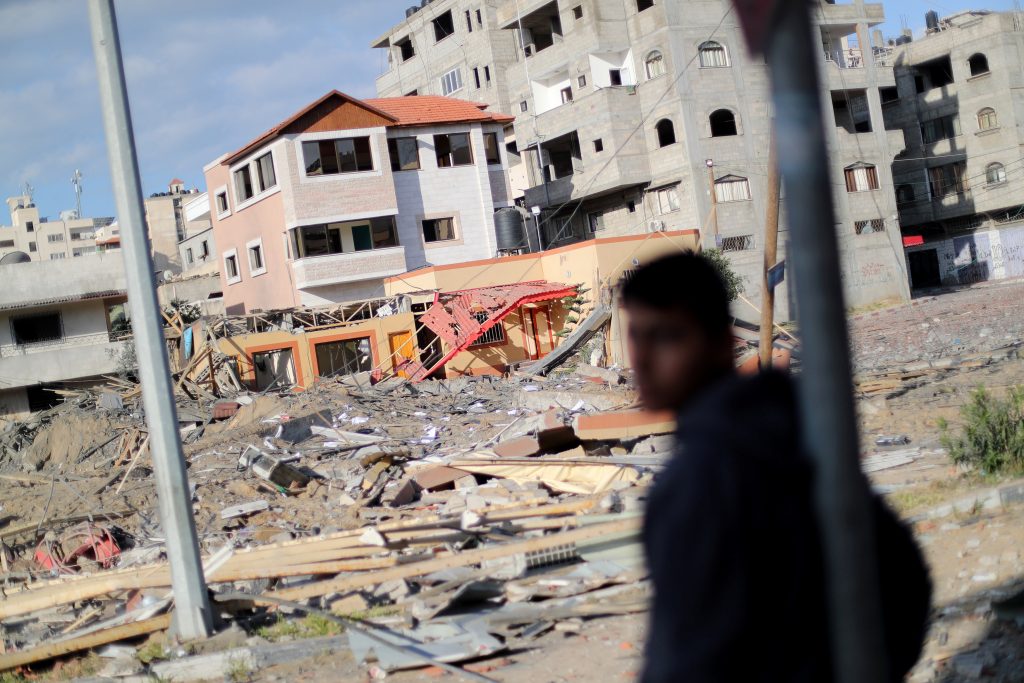 Residents of southern Israel woke to a relatively quiet morning Tuesday, following a night in which dozens of rockets were launched from the Gaza Strip and the IDF struck multiple targets in the Palestinian enclave, though the level of violence appeared to abate after Palestinians said a ceasefire had been reached.

After a day of intense cross-border fighting, Palestinian officials said Egypt had mediated a truce late on Monday. The respite didn’t last long, however, as terrorists continued to fire projectiles through the night, with the IDF saying another 30 rockets were launched between 10 p.m. and 3:15 a.m.

Rocket sirens continued sounding in Israeli towns near the border, sending residents running for shelter. The IDF, which amassed extra troops and tanks along the border, said it struck a Hamas compound and outposts in response.

The latest round of violence began early Monday when seven Israelis were wounded in Moshav Mishmeret when a house was destroyed by a rocket attack. Hours later Israel carried out a wave of retaliatory strikes.

Hamas and smaller Palestinian factions put out a late-night statement that Egypt had mediated a ceasefire. Israeli officials did not comment on whether a truce had been reached.

Israel remained on high alert, with schools near the border kept closed and residents instructed to stay near bomb shelters.

The IDF said in a statement it remained “prepared for various scenarios.”

Trump told reporters with Netanyahu at his side that Israel has the “absolute right” to defend itself.

Dozens of explosions had rocked the Palestinian coastal enclave of Gaza on Monday and ambulance sirens echoed in the mostly empty streets. The office of Hamas chief Ismail Haniyeh was one of the initial targets hit, although he was likely to have been evacuated in advance.

Gaza militants fired barrages of rockets into Israel late into the night. Some were shot down by Israeli defenses and others landed in empty areas.