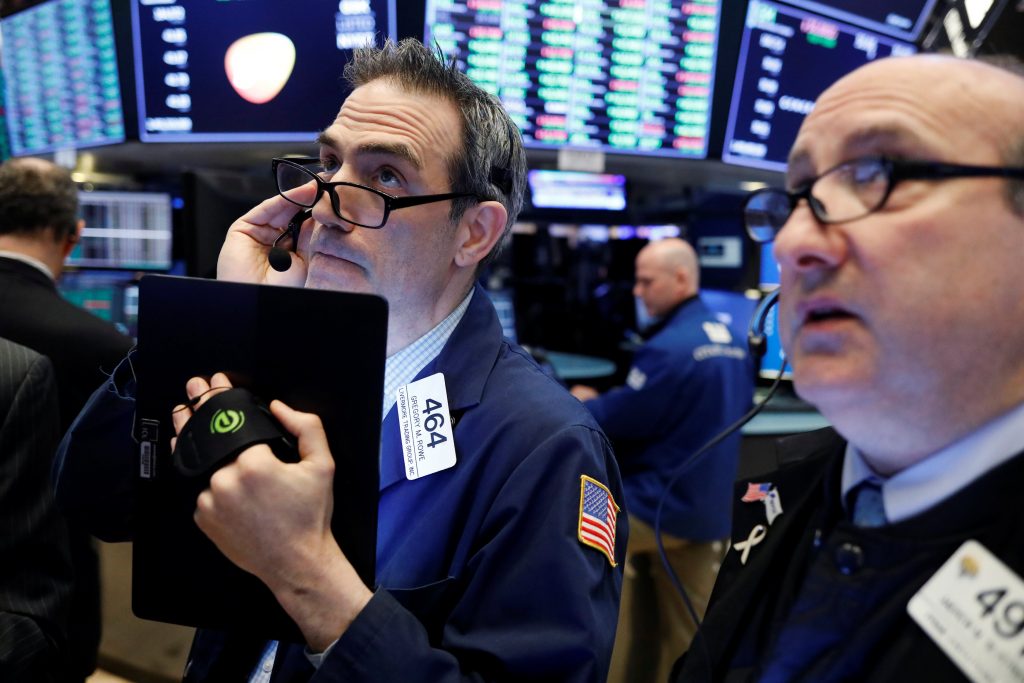 Energy companies the S&P 500 higher as the price of U.S. crude oil moved briefly above $60 a barrel. Oil hasn’t settled above that price since November.

The rally, which lost some of its early strength, marked a reversal for the market, which started the week on a downbeat note after racking up losses last week as investors’ jitters over a global economic slowdown intensified. That led to a troubling drop in long-term bond yields that spooked investors.

On Tuesday the yield on the benchmark 10-year Treasury note rose to 2.43 percent, up from 2.41 percent late Monday. However, it’s still slightly below the yield on the three-month Treasury bill, which many see as a warning sign of a possible recession.

Despite the market’s recent gyrations, the benchmark S&P 500 index is still up more than 12 percent so far in 2019, an unusually strong start to a year, and on course for a solid first quarter.

ANALYST’S TAKE: “A lot of today’s move has to do with the change in direction in the yield curve,” said Lindsey Bell, investment strategist at CFRA. “It just goes to show that we’re kind of in a period of indecisiveness in the market, where the market is grappling with what is obviously slowing growth around the globe and a little bit of uncertainty here in the U.S. about what growth is going to look like once we get past the seasonally weak first quarter.”

DISAPPOINTING DATA: Investors mostly shrugged off two new bellwether reports on the economy that fell short of economists’ forecasts. The Conference Board, a business research group, said its consumer confidence index fell to 124.1 in March from 131.4 in February.

And the Commerce Department said the number of homes under construction fell 8.7 percent last month as ground breakings for single-family houses declined to their lowest level in nearly two years. Single-family housing starts are running 2.3 percent below last year’s pace.

BIG APPLE: Shares in Apple climbed 1 percent a day after the consumer electronics giant announced a suite of new services to run on its devices.

BOARDROOM BRAWL: Bed Bath & Beyond soared 25 percent in heavy trading after The Wall Street Journal reported that the troubled retailer is being targeted by three activist investors.