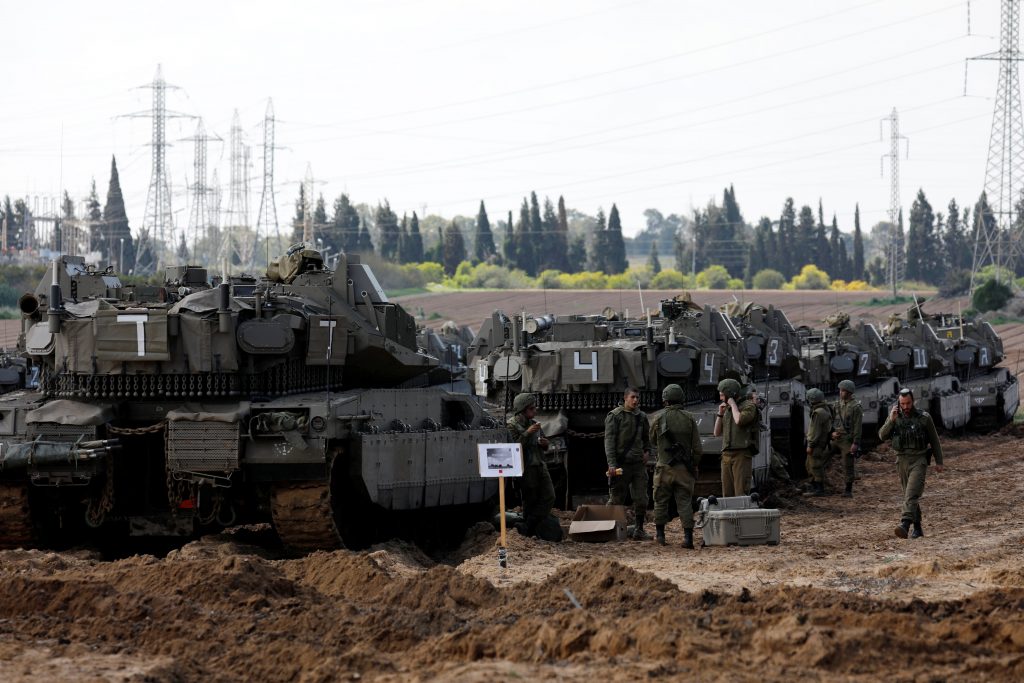 Despite a tense calm that prevailed in Israel’s south Tuesday morning, there is no official ceasefire in effect, government officials said in a series of interviews – and Israel has made several demands of Hamas in return for a ceasefire, Gaza sources said. Among them – an end to the Friday riots that have seen thousands of Gaza Arabs gather along the border fence, throwing rocks and firebombs at Israeli soldiers, and burning tires.

IDF forces smashed numerous targets in Gaza overnight Monday, including the office of Hamas chief Ismail Haniyeh. The five-story building was completely demolished in an Israeli air strike, IDF photos showed. Haniyeh was not there, as he, along with other top Hamas terrorists, was in hiding.

Also destroyed was a Hamas command outpost in central Gaza, used by the terror group’s intelligence-gathering operation, as well as numerous military bases, missile warehouses, and other installations. Throughout the night, Hamas fired rockets at Israeli civilian targets.

Speaking to Yediot Acharonot Tuesday morning, Tourism Minister Yariv Levin said that “clearly there is no ceasefire. We are responding to every attack, the tensions are only rising. Their fire on us will be responded to in kind. We are doing this to end the attacks on us. We are on the eve of elections and this is a sensitive time. Hamas has to understand that they will pay an unprecedented price for their actions.”

Transportation Minister Yisrael Katz echoed Levin’s comments. Speaking to Reshet Bet, he said that “the support President Trump has given us in the international arena” with the U.S. recognition of the Golan as part of Israel, which the American president officially signed Monday night, “is an important thing, especially given the hypocrisy of the United Nations,” which, he said, would blame Israel for the current round of fighting in Gaza. Asked about the future, Katz said “we could probably get rid of Hamas, but we haven’t seriously considered it.”

In other interviews with media outlets, both Finance Minister Moshe Kahlon and Education Minister Naftali Bennett said that there was no official ceasefire.

If Hamas wants one, Gaza sources said, Hamas will have to promise not to hold Friday riots, and to keep the peace, especially this coming weekend, which marks a year since the riots termed “the march of return” began. Israel has presented this demand to Egyptian negotiators, who passed the message on to Hamas, the sources said.

In response, Hamas and Islamic Jihad said that Israel was “trying to shuffle the deck with contradictory messages. We are committed to a ceasefire in the same way that the enemy is. We are ready for the worst-case scenarios.”