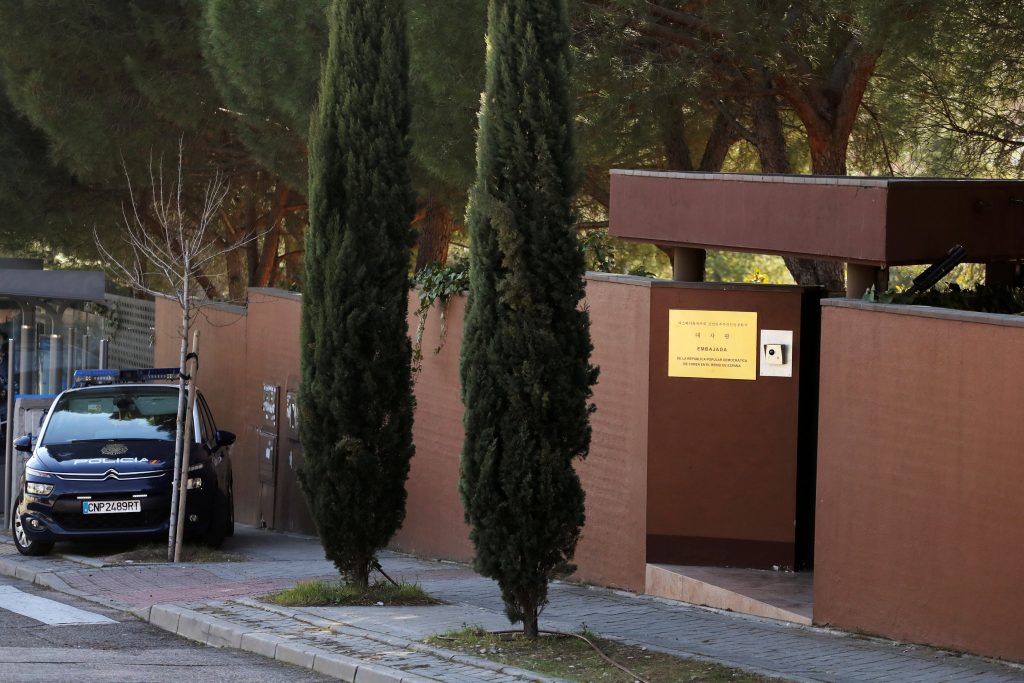 A Spanish judge plans to request the extradition from the United States of members of a group he suspects of forcing their way into the North Korean embassy in Madrid and trying to persuade an official there to defect, a judicial source said on Tuesday.

The judge believes a group of 10 intruders identified themselves as human rights campaigners during the assault, according to a document of Spain’s High Court. A few days later their leader contacted the U.S. Federal Bureau of Investigation (FBI) to pass on information about the raid, the document said.

The judicial source told Reuters the judge believes all the identified suspects went to the United States after the raid and that he would request their extradition to Spain, where they could face up to 28 years in prison.

Spain’s Interior Ministry had previously said police were investigating an incident at the embassy on Feb. 22, but gave no details except to say that a North Korean citizen had been injured and that no one had filed a complaint.

A Mexican citizen who is a U.S. resident, identified as Adrian Hong Chang, led the group, the Spanish High Court said in the document, based on the investigation of the incident.

The group stole computers, hard disks and pen drives, it said. It was not clear how the court knew that the man had contacted the FBI.

The FBI said in a statement that it is “our standard practice to neither confirm nor deny the existence of an investigation,” adding that the agency had a strong working relationship with Spanish law enforcement partners.

Three of the intruders took an embassy official into the basement and encouraged him to defect from North Korea. They identified themselves as members of a group who campaigned for the “liberation of North Korea,” the document said.

The Washington Post reported earlier this month that a dissident organization called Cheollima Civil Defense had carried out the raid.

The Spanish court document gave a detailed account of the intruders’ movements before as well as during the intrusion, including their stay in a hotel and purchases of knives, balaclava masks and fake guns.

The group included a U.S. citizen and South Korean citizens.

There was no immediate comment on the matter from the U.S. State Department or South Korea’s Foreign Ministry. Spain’s Interior Ministry declined to comment.

The Mexican, Hong Chang, said he had carried out the raid voluntarily and he did not identify his companions, the court document said. The court identified the U.S. citizen as Sam Ryu.

The group kept embassy staff tied up for several hours and then searched the premises for arms before leaving, at which point they separated into four groups and headed to Portugal.

Hong Chang then flew from Lisbon to New York.

In Spain the High Court has the power to investigate criminal offenses, after which formal accusations are launched.