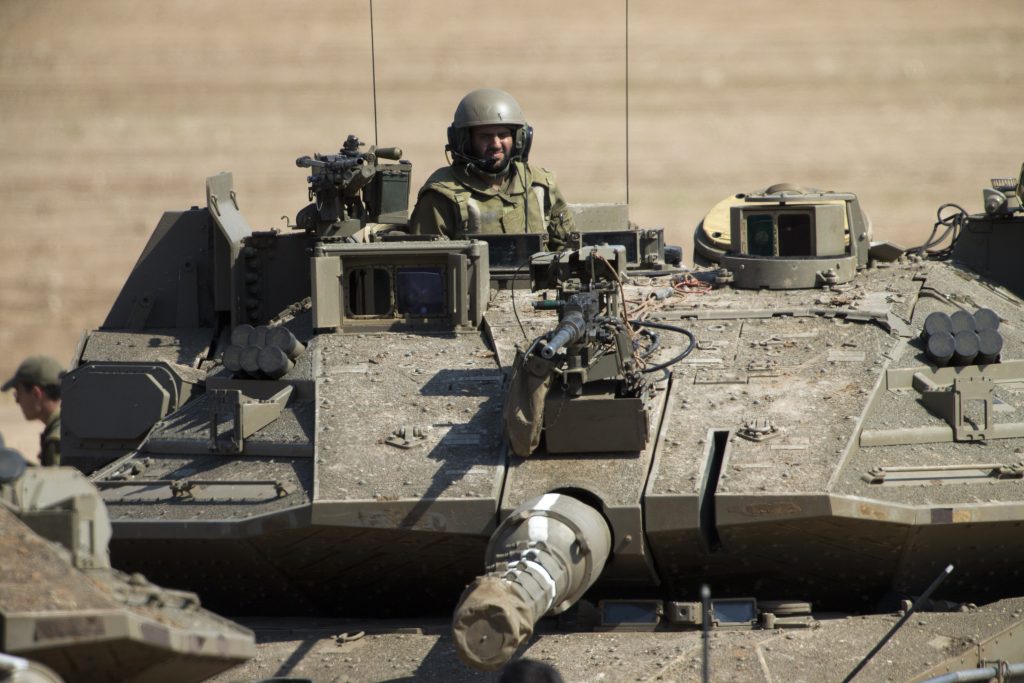 Shortly after it was announced that all restrictions were lifted on communities in southern Israel as an unofficial ceasefire took hold on Tuesday evening, air raid sirens went off in the region, signaling a renewed attack from Gaza.

The Israeli military said one rocket was fired at the Eshkol region from the Gaza Strip. Apparently, it landed in an open field, and b’chasdei Shamayim, no injuries were reported.

Palestinian terror groups in Gaza denied responsibility for the attack. “The rocket that fell after Egypt brokered a calming could be a result of an individual act of one of the factions in Gaza. It is not a part of the command center’s activities,” according to a Palestinian news outlet.

In other disruptions of the unofficial ceasefire, dozens of explosives were thrown over the border fence from the northern Gaza Strip by local terrorists on Tuesday night, the Jerusalem Post reported.

Meanwhile, U.N. Special Coordinator to the Middle East Peace Process, Nickolay Mladenov, said, “Since the early hours of yesterday, my team and I have been working intensely with Egypt and all concerned parties to ensure that the situation does not spiral out of control.”

The Palestinian ambassador to the U.N., Riyad Mansour, accused Israel of a “long-running campaign of violence and terror being waged against our people.”

Mansour warned the Security Council that “today, again, we find ourselves at the edge of the precipice, fearing for the lives of our people as Israeli officials ratchet up their threats of war against the besieged Gaza Strip.”

During the discussion, Israel’s ambassador, Danny Danon, called on the council members to denounce Hamas and recognize it as a terrorist organization at once.

“We will not accept a reality in which our children become targets of Hamas,” Danon said.

“Do not be mistaken. If the terror from Gaza continues, the Hamas leadership will feel the strength of the IDF and be buried in the tunnels of Gaza,” he continued. “The international community must unequivocally condemn Hamas and recognize it as a terrorist organization.”