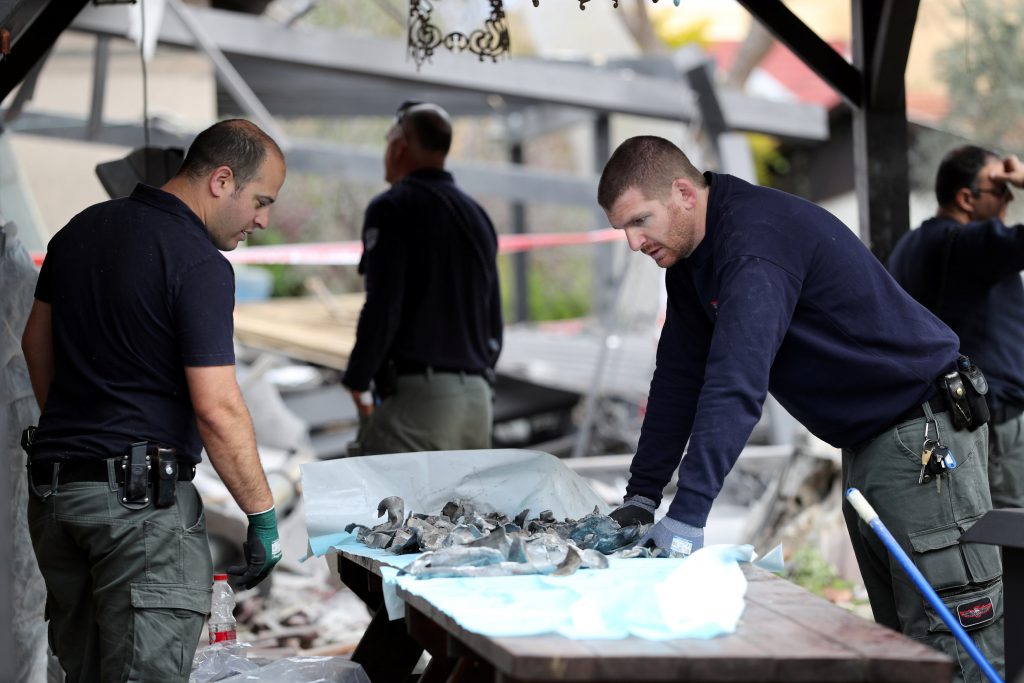 Iran, through the agency of its Islamic Jihad agents, was behind the firing of a rocket at central Israel Monday, Gaza and Egyptian sources quoted in Yisrael Hayom said Tuesday. Iran ordered Islamic Jihad to fire the rocket at the Sharon region – where it hit a house in the town of Mishmeret, injuring seven people – in order to influence Israel’s upcoming election, the sources said. With that, the rocket was fired with the consent – and support – of the military wing of Hamas.

Iran is seeking to make Prime Minister Binyamin Netanyahu look bad, the sources told the newspaper, in an effort to get him voted out of office. A report on Army Radio Tuesday said that in his meetings with President Donald Trump Monday, and with Russian President Vladimir Putin several weeks ago, Netanyahu presented a plan that would lead to the removal of Iran from Syria. Both presidents were “approving” of the plan, the report said.

Iran is still also smarting over Netanyahu’s successful efforts to convince Trump to abandon the nuclear deal that would have allowed Iran limited nuclear development, as well as to increase sanctions against Tehran – along with the revelations about Iran’s nuclear program made by Netanyahu last year.

Hamas concurred with the plan because it estimated that Israel would not start a war two weeks before the election, the sources said. The fact that Netanyahu was in Washington – where he was unlikely to order a full-out attack on Hamas – also factored into the decision.

With that, the Hamas sources said, the terror group was surprised that Israel rejected its offer, made via Egypt, for a ceasefire earlier Monday night. Instead, Israel continued its barrage of Hamas terror targets, destroying several high-profile targets, including the building housing the office of Hamas terror head, Ismail Haniyeh.

The report quoted a high-ranking Egyptian official as saying that the claims that Hamas’ political leadership did not know about the decision to fire the rocket at central Israel “is entirely plausible. We warned them last week, after the rocket fired at Tel Aviv, that they were going too far,” and the terror group seemed to accept the warning.

“From all indications it appears that Iran was behind this, with their purpose to harm our efforts to bring calm to Gaza, and to create political chaos in Israel on the eve of the election. Iran doesn’t really care who is elected, but they want to take control of the narrative and stamp the election with their agenda.”

A Hamas source said that the terror group expected a much harsher response – including the targeted elimination of its top terrorists, who all went into hiding Monday afternoon. “That is why there were claims that Hamas was not responsible for the rocket fire, and that it had been a mistake. There were contradictory claims and messages about responsibility, because everyone was in hiding and there was no responsible party to issue statements,” the source said.