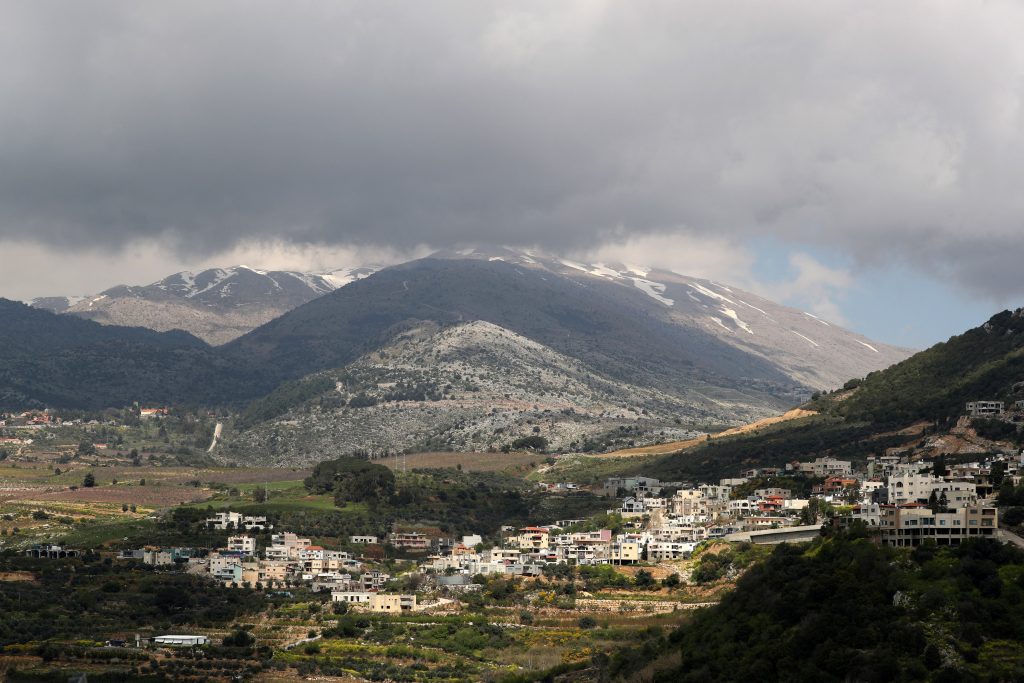 “The excessive demands of the Zionist regime and the wrong decisions of Washington necessitate closer cooperation among regional countries,” Rouhani was quoted as saying by the state broadcaster IRIB in a phone conversation with Iraq’s Adel Abdul Mahdi.

Rouhani said developments in the Golan Heights were “very dangerous for regional security.”

The American proclamation drew condemnations from Gulf Arab allies, as well, putting them in a rare alignment with Iran, despite an otherwise adversarial relationship with the Islamic Republic.

Saudi Arabia, the United Arab Emirates, Bahrain, Qatar and Kuwait criticized Monday’s move and said the territory was occupied Arab land. Riyadh and Abu Dhabi said it was an impediment to peace.

“The world is witnessing a black day,” Lebanese President Michel Aoun said on Twitter during a visit to Russia.

Protests were also held in the northern city of Aleppo, Syria’s largest, Homs and Hama in the center, and Hassakeh in the northeast.

Syria slammed the U.S. step as “blatant aggression.” The Foreign Ministry said Trump’s move represented the “highest level of contempt for international legitimacy” and showed that Washington was “the main enemy” of Arabs.

On Tuesday, the 57-member Organization of Islamic Cooperation condemned Trump’s decision, saying it does not change the fact that the Golan Heights “is Arab and Syrian occupied land,” The Associated Press reported.

In addition, Hezbollah chief Hassan Nasrallah said on Tuesday that “we should expect that Trump will recognize Israel’s sovereignty over the West Bank,” according to the Naharnet website.