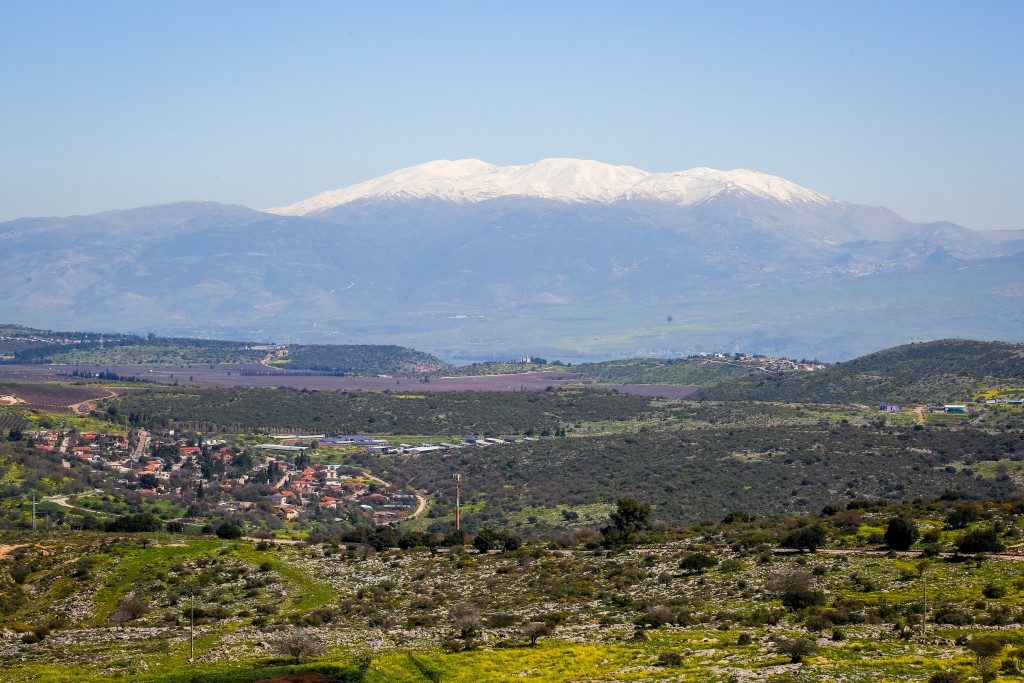 Last Thursday, as Jews around the world were celebrating Purim, President Donald Trump surprised the world by declaring:

“After 52 years it is time for the United States to fully recognize Israel’s Sovereignty over the Golan Heights, which is of critical strategic and security importance to the State of Israel and Regional Stability!”

President Trump is, of course, right about the facts. As anyone who has actually visited there can readily attest, the strategic and security importance of the Golan Heights is considerable. First won in battle during the Six Day War and almost lost but reclaimed through much loss of life during the Yom Kippur War, these mountaintops afford a tremendous security advantage to whoever controls them.

Yet when the Israeli government, under the leadership of then-Prime Minister Menachem Begin, annexed the Golan Heights in 1981, there was a difference of opinion among Gedolei Yisrael over the wisdom of the move. Hagaon Harav Elazar Shach insisted that Begin had made a mistake by forgetting our role as Jews in exile, saying, “Who knows what high price we might have to pay for this error?”

For many years the Golan Heights was considered a key bargaining chip, to be possibly given away as part of a peace deal. According to some reports, Netanyahu himself was ready to give the Golan back to Syria during peace talks in 1998 but the two sides were unable to reach an agreement on the details.

Fifty-two years have passed since the area first came into Israeli hands, and it has become a tourist attraction as well as the base of a thriving wine industry. The long-running Syrian civil war, and Bashar Assad’s crimes against humanity, which include mass murder and the use of chemical weapons against his own people, have led the United States and Europe to lose interest in trying to bring Syria and Israel back to the negotiating table. While no foreign country recognized Israel’s annexation of the Golan Heights, for all practical purposes it was, in recent years, a moot point. The question of international recognition was all but irrelevant, as there was little expectation that the Golan Heights would change hands any time soon.

Nonetheless, President Trump’s message elicited warm words of praise from a number of major Jewish organizations. They rightfully interpreted this latest move as yet another gesture of friendship from a president who has earned the deepest gratitude of the Jewish community for his courageous willingness to put logic and fairness before longstanding diplomatic policies and cowardly political correctness.

The president’s intentions are noble, and the Jewish community is indebted to him for his benevolence.

At the same time, one wonders: Why now? What was the impetus for such a dramatic announcement? Unlike the moving of the embassy to Yerushalayim, recognizing Israeli sovereignty of the Golan Heights was not something President Trump had pledged during his campaign and therefore felt obligated to fulfill.

The logical assumption is this: The fact that this announcement was made little more than two weeks before a tightly-contested Israeli election is not a coincidence. President Trump’s personal relationship with Prime Minister Netanyahu well precedes his presidency. Back in 2013, long before he was even a presidential candidate, Donald Trump gave a ringing videoed endorsement of Netanyahu.

With the prime minister facing an indictment — pending a hearing — on corruption and bribery charges, and with an unexpectedly strong challenge from the newly created Blue and White party, Netanyahu can use all the help he can get.

Netanyahu is clearly trying his best to get as much political mileage as possible out of his close personal relationship with the American president, who is very popular in Israel.

For Netanyahu, American recognition of Israeli sovereignty over the Golan, especially with the official announcement made during a photo op with Netanyahu sitting at the U.S. president’s side, would be a powerful boost for his election campaign.

Still, the question that must be asked is an uncomfortable one: There is little doubt that the president means well — but is all this really good for the Jews?

As Jews in exile, we have to express our genuine gratitude to the president for his friendship and kindness, but at the same time wonder what the ramifications of all this will be. The Golan Heights announcement changes nothing on the ground and has no practical or legal implications.

Even within the right-wing elements in the Israeli political arena there is considerable apprehension. The long-awaited Trump peace plan is still under wraps, but eventually it will, presumably, be released. After handing Israel two major gifts — the embassy move and the Golan — what will Trump ask of Israel in return? Yet this is hardly the reason to be concerned.

Back in 1991, Harav Shach was clearly concerned with the reaction of the Reagan administration, which was firmly opposed to the annexation. We don’t know what he would have said about the current scenario, in which the White House is actually the one making the policy change.

However, how the rest of the world will respond to the U.S. action in the weeks and months to come is still unknown.

According to media reports, Netanyahu recently lobbied hard for Mr. Trump to make this announcement. The president means well, but the prime minister’s motives are suspect.

Is all this really good for Jews in exile? These are hard questions, with no easy answers.