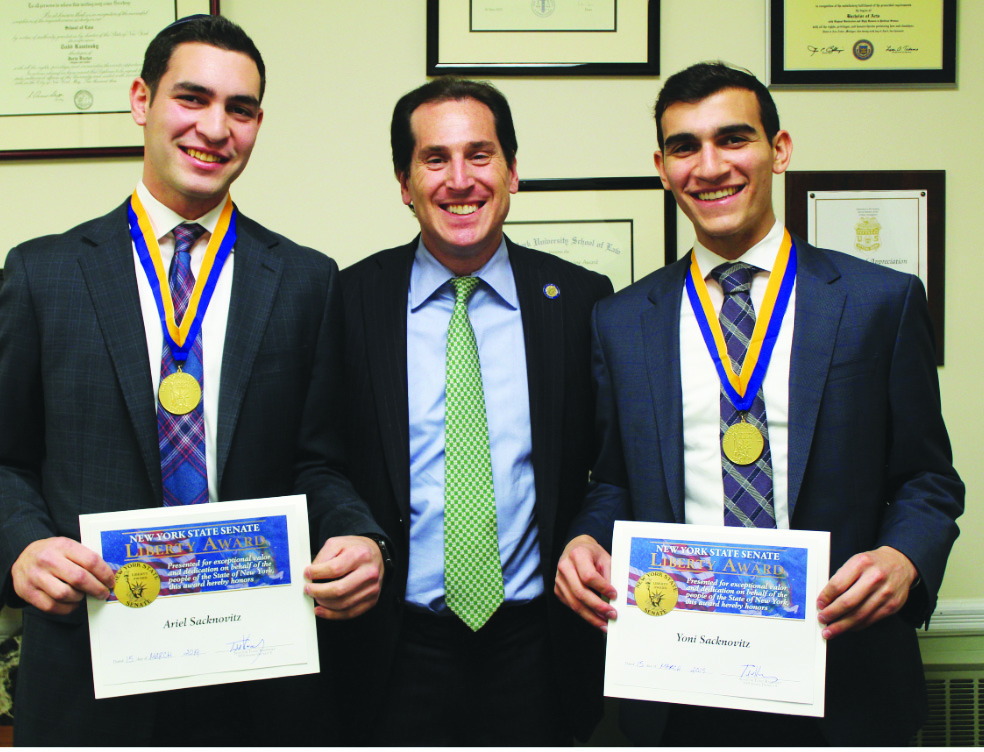 “When the Sacknovitz brothers saw a man in distress, they jumped into action, applying their knowledge and skills as EMTs to save a life,” said Senator Todd Kaminsky. “They exemplify the epitome of citizenship and service, and their actions bring pride to our entire community. Yoni and Ariel are true heroes, and I was pleased to present them both with this well-deserved honor.”

On October 7, 2018, while driving home on N.J. Route 17, Mr. Yoni and Mr. Ariel Sacknovitz saw a car had crashed into the median, and immediately rushed over to help. After noticing that the driver was unconscious, the brothers broke a window and removed the injured motorist from the car.

They instantly began CPR and stayed with the driver, who had suffered a heart attack, until a paramedic unit arrived. The driver, a resident of New Windsor, New York, was then transported to a local hospital and has since recovered.