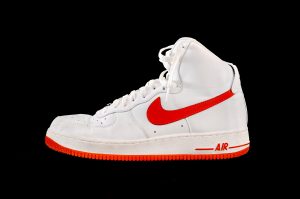 Nike, the iconic sports retailer, has become the latest target in the European Union’s crackdown on antitrust violations.

Nike is just the latest U.S. company to get sideways with the EU over its business practices. Just five days ago, the bloc’s top competition cop, Margrethe Vestager, levied a $1.7 billion fine against Google for the “illegal practices” it used to cement its edge in advertising and search functions. Her agency also launches inquiries against other high-profile tech companies.

“Today’s decision makes sure that retailers and consumers can take full advantage of one of the main benefits of the Single Market: the ability to shop around Europe for a larger variety of products and for the best deals,” Vestager said Monday in a statement.

Nike did not immediately respond to a request for comment Monday.

The EU panel said Nike engaged in what is known as geo-blocking from 2004 to 2017. And 2017 is the same year Vestager began looking into Nike’s licensing and distribution behavior, along with those of Universal Studios.

The competition commission said that Nike cooperated with its investigation “beyond its legal obligation to do so” and that its fine was cut 40 percent as a result.

Nike’s fine was relatively small compared with the penalties Vestager has handed Google for its anti-competitive practices – more than $9 billion in three years. In 2018, she hit Google with a record $5 billion antitrust fine for bundling its apps on Android devices. At the time, Vestager ordered Google to stop promoting its own search and browsing functions on smartphones and tablets running Google’s Android system. And in 2017, the commission fined Google for giving its own shopping-comparison service higher placement in search results over its rivals.

Vestager is also in the midst of a preliminary investigation into Amazon, telling the Post earlier this month that the probe is in a “quite advanced” stage. The commission is scrutinizing whether Amazon uses the data it collects from other merchants on its site to undercut competitors and boost its own sales.

Amazon, too, has so far been immune to antitrust penalties in the United States, though calls to break up Amazon and other major technology companies have become a hot-topic among some 2020 presidential candidates.