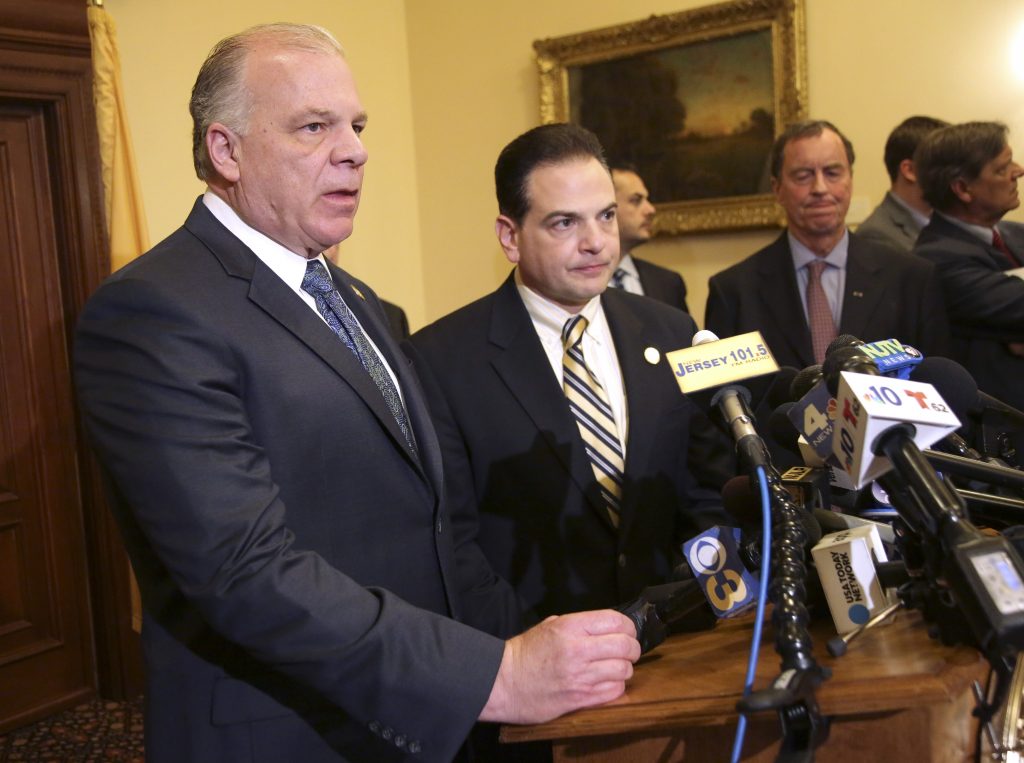 New Jersey lawmakers dealt a blow to the prospects of legal recreational marijuana use Monday, when the state Senate president postponed a vote after his and the governor’s lobbying campaign failed to muster enough support in the chamber.

But Democratic Senate President Steve Sweeney said the issue isn’t going away, and though he didn’t specify when a vote would happen again, he promised to hold one.

“We’ll be back at this, so anybody that thinks this is dead — they’re wrong. We’re gonna get back, and one way or another we’ll get this passed,” Sweeny said at a news conference Monday.

Legal recreational marijuana has been widening its footprint across the country despite a federal prohibition. New Jersey would join the District of Columbia and 10 other states if the measure succeeds.

But it’s not clear when or if that will happen despite the strong backing of legislative leaders and the Democratic Gov. Phil Murphy.

The delay is a setback for the first-term governor, who campaigned on legalizing recreational marijuana and comes even though his party controls both chambers of the Legislature as well.

Murphy had said he was burning up phone lines leading up to the vote, trying to persuade enough lawmakers to back the measure that would have made New Jersey the 11th state to legalize recreational marijuana.

After the delay in the Senate, the Democrat-led Assembly also decided to postpone a vote on the measure, according to Assembly Speaker Craig Coughlin’s spokeswoman Liza Acevdeo.

In a statement, Coughlin said he was “disappointed” the measure didn’t get enough support and said he’s committed to continue working to get it passed.

“We moved closer to the goal than ever before,” Coughlin said.

New Jersey’s Statehouse was a hive of supporters, opponents and media cameras covering the stalled vote on the measure to allow those 21 and over to possess or buy up to an ounce of marijuana, as well as to expunge the records of many people convicted of marijuana crimes.

Opponents declared the canceled vote a win and took credit for “flooded phones and email boxes” among lawmakers.

“This is a huge victory for us,” said Kevin Sabet, the president of Smart Approaches to Marijuana Act. “They told us legalization was inevitable, and this action proves them wrong.”

Supporters downplayed the significance of the delay. Scott Rudder, the head of the state’s pro-legalization CannaBusiness Association, said he was confident that lawmakers would eventually come to support legalization and that they needed more time to understand the intricacies of the bill.

New Jersey’s bill calls for a tax of $42 per ounce, setting up a five-member regulator commission and expediting expungements to people with marijuana-related offenses.

The bill would also let towns that host retailers, growers, wholesalers and processors levy taxes as well, up to 3 percent in some cases.

Tax revenue would go into a fund for “development, regulations, and enforcement of cannabis activities,” including paying for expungement costs.

The expungement provisions, which Murphy says would set New Jersey apart from any other state with legal weed, waive any fee for expungement processing and permit clearing of records for possession up to 5 pounds.

That unsettled some lawmakers, including Republican state Sen. Michael Doherty. The change appeared to permit felons, and not just low-level offenders, to qualify for expungement, he said.

Under earlier versions of the bill, the expungement provision covered people convicted of possession roughly 2 ounces of marijuana.

Lawmakers said during hearings that while 5 pounds sounds like a lot, it’s necessary to allow for an expedited expungement process because the statute covering possession for small amounts of cannabis goes up to 5 pounds.

The measure calls for an investigation into the influence of cannabis on driving and for funding drug-recognition experts for law enforcement.