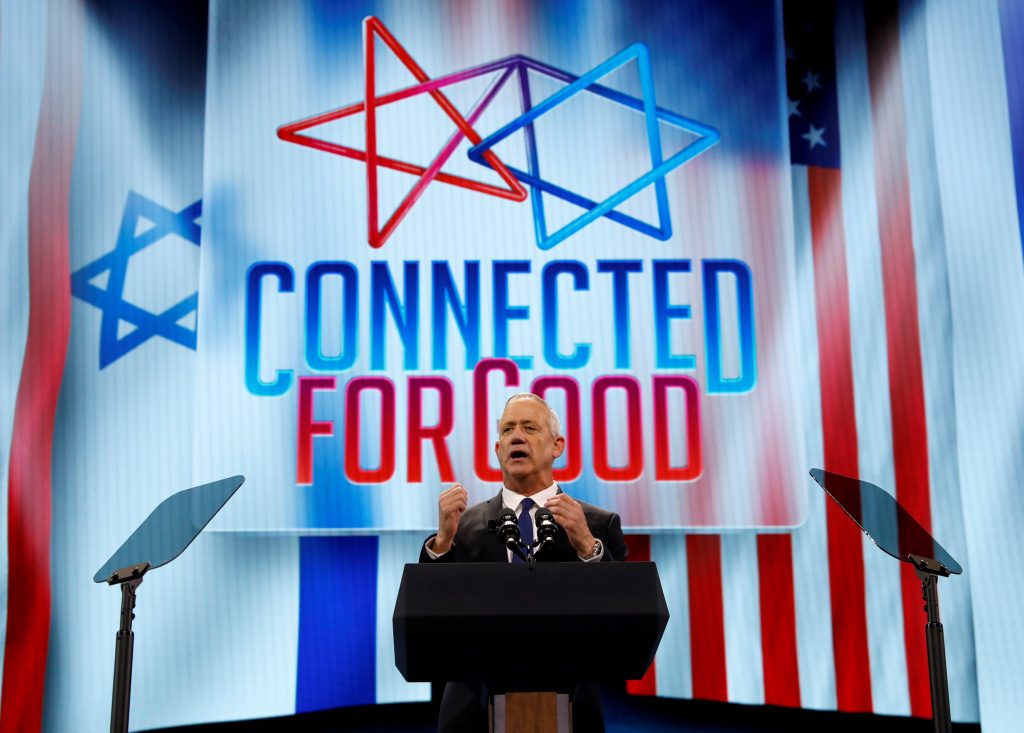 Israeli Prime Minister Binyamin Netanyahu’s strongest election challenger, Benny Gantz, called on Monday for unity and moderation in a speech to AIPAC, the pro-Israel U.S. lobby group that has been uneasy at Netanyahu’s courting of far-rightists.

Gantz’s appearance at AIPAC was overshadowed by a rocket strike on Israel from Gaza that prompted PM Netanyahu to cancel his own speech at the event so he could return and oversee retaliation.

Gantz, a retired army general who is a centrist newcomer to politics, went briefly off-script to commend Netanyahu’s decision, before delivering veiled censure of the conservative premier’s electioneering, which has included dismissive rhetoric about Israel’s Arab minority and appeals to ultranationalists.

“The divisive dialogue tearing our strong nation apart may serve – I doubt it, but it may serve – political purposes, but is shredding the fabric that holds us together,” he said.

In a rare reprimand, AIPAC, which is the largest U.S. pro-Israel lobby, called Otzma Yehudit “a racist and reprehensible party.”

The four-term premier also faces criminal charges in three corruption cases, pending a review hearing after the election. Netanyahu has denied wrongdoing and described himself as the victim of liberal media bias and judicial overreach.

Gantz called President Donald Trump “a true partner and ally of Israel,” but added: “We want all of America, Republicans and Democrats, to move forward in the spirit of true bipartisanship that served so well in the past.”

Posting a photo of himself shaking hands with Pence, Gantz wrote on Twitter: “I thanked him for his unequivocal support for Israel and for everything they are doing for us.”

Netanyahu, who opinion polls show running neck and neck with Gantz, has dismissed his rival as a “weak leftist,” accusing him of allowing Iran to hack his cellphone. Gantz outlined national security policies that were not significantly different from the prime minister’s, and laughed off the alleged breach.

Iran has denied targeting Gantz. Gantz has said he had been informed by Israel’s domestic security service of a breach, but there was no sensitive information on the device.

Alluding on Monday to his military exploits against Iranian threats while in uniform, Gantz directed a warning toward Tehran: “You know me, and not only from my cellphone.”