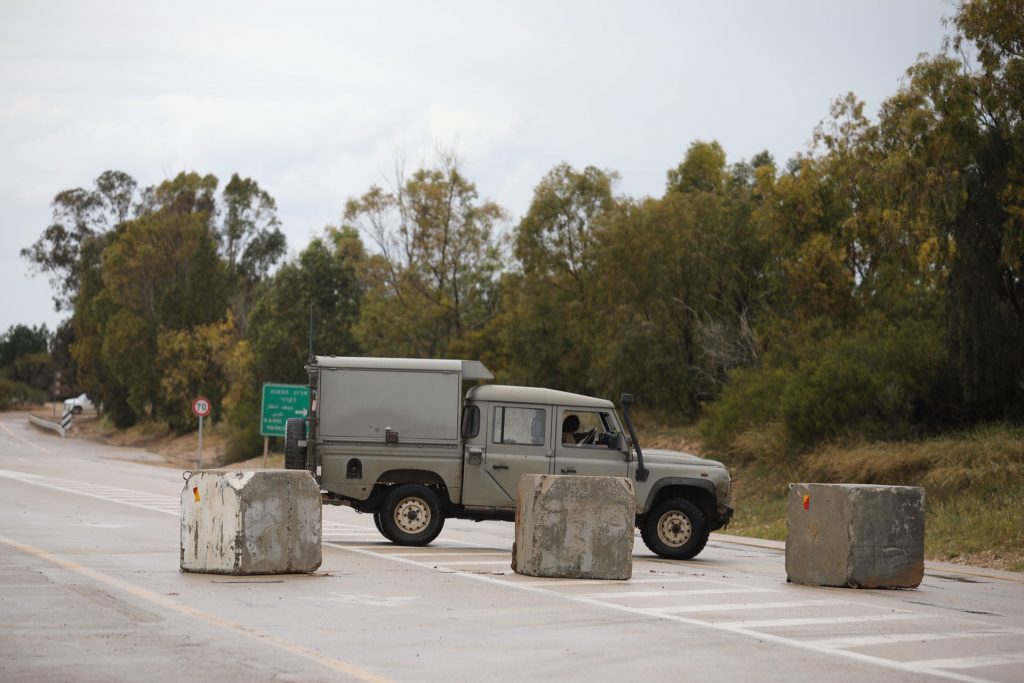 The IDF has closed numerous roads in southern Israel and has called agricultural workers in the fields near the Gaza borders back to their homes, as it apparently prepares an Israeli response to the rocket fire on the Sharon area earlier Monday. No action is expected until later in the day, as school is still in session, but residents are expecting to be told to take shelter in safe rooms overnight Monday, Yisrael Hayom reported. The Eshkol Regional Council canceled all after-school activities extending beyond 3:45 p.m., and the Homefront Command ordered that no events with more than 300 people take place after that time.

Although no more rockets have been fired at Israel since the one earlier Monday, Gaza terror attacks continued during the day. Several instances of terror balloons equipped with incendiary devices were reported seen in the skies over southern Israel, and a cluster of balloons was discovered on a railroad track near Kiryat Gat Monday afternoon. Police bomb squad experts were called in to examine and remove the attached incendiary device. No injuries or damage were reported.

Although an IDF response seems inevitable, U.N. Middle East liaison Nikolai Maldenov called for calm on both sides. Maldenov sharply condemned the firing of the rocket at the town of Mishmarot in central Israel earlier Monday, in which seven people were injured and over 30 houses damaged – one nearly razed to the ground. “This was a very serious incident and it is unacceptable,” he said, adding that the U.N. was working with Egypt to calm the situation.

But Egypt was unlikely to go out of its way to help Hamas, Haaretz said. Earlier, Egyptian officials reportedly slammed Hamas for the attack, telling them that with two weeks until the Israeli election, Prime Minister Binyamin Netanyahu had no choice but to hit Hamas hard – and that Cairo had warned Hamas about exactly this 10 days ago, when the terror group fired two missiles at Tel Aviv. Hamas had failed to heed the warning, Egyptian officials said, and now Gaza was going to pay the price.

Earlier, Hamas claimed that the rocket fire to central Israel early Monday was a “mistake.” Hamas made the same claim 10 days ago, when two rockets were fired at the Tel Aviv area. In a statement, the IDF said it was not accepting the terror group’s excuse, and that it held Hamas responsible for the attack. The IDF is sending two divisions to the Gaza border area, its spokesperson said, and was conducting a limited call-up of reserves.

A report on Kan News said that top terrorists in Hamas and Islamic Jihad had gone into hiding, anticipating a heavy Israeli response. Meanwhile, Islamic Jihad warned Israel not to retaliate at all, because any retaliation would be met by rocket attacks “deep in the territory of Israel. The leadership of Israel knows we will strike back with power to such attacks,” the terror group said. Groups allied with Islamic Jihad said that the attack was due to retaliation by the Prisons Service against terrorists who had attacked and injured Israeli guards in Ketziot Prison Sunday night.