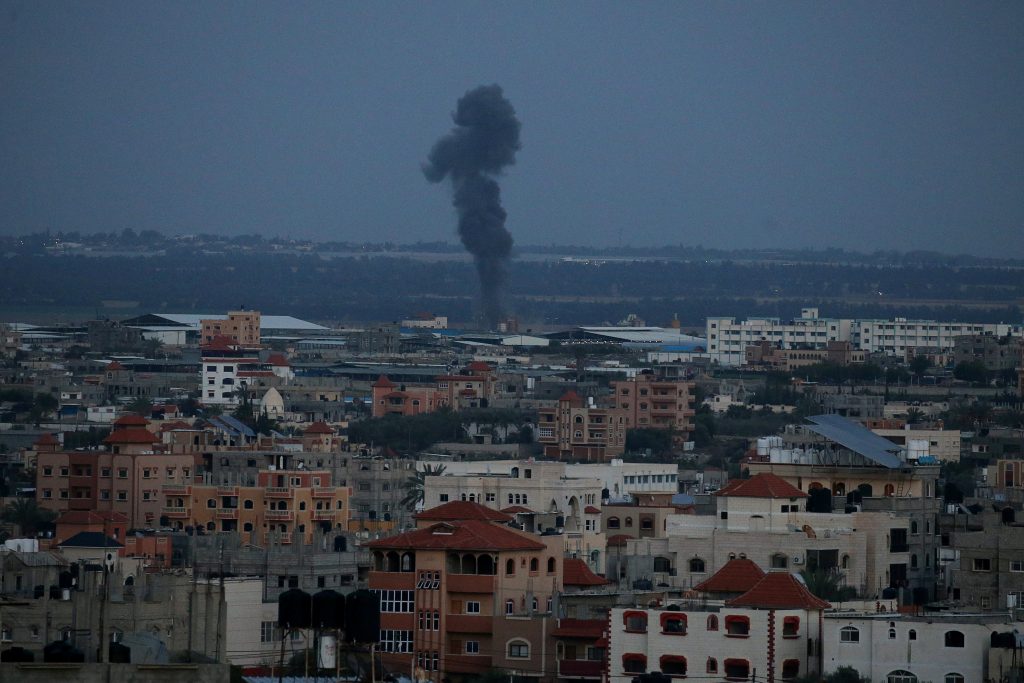 Israeli airstrikes on Hamas targets in Gaza continued on Monday evening, including a “secret headquarters” of Hamas’s intelligence services.

“Fighter jets just now attacked a three-story building in the area of Sabra in the Gaza Strip. This is a secret headquarters of the Hamas terror group, which is used by the internal security, central intelligence, and military intelligence branches of the group,” the IDF said in a statement.

“This is a central asset of the Hamas terror group, which is being attacked along with other strikes the IDF is conducting now in the Gaza Strip.”

Palestinian media reported a second wave of “intense bombardment” of buildings in the Gaza Strip.