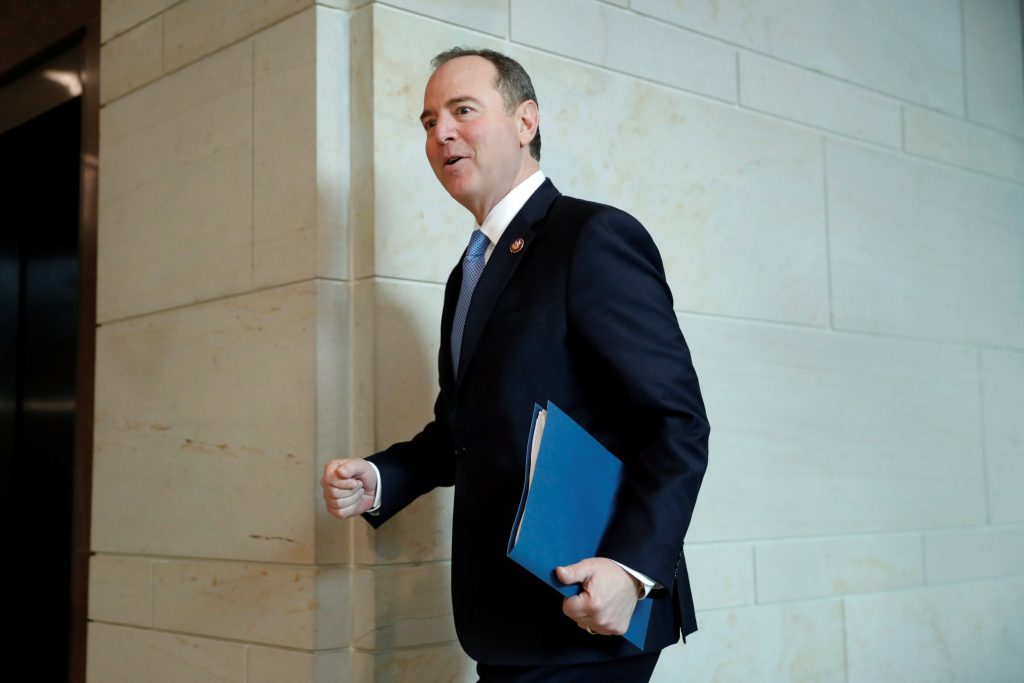 “Damning evidence” of collusion with Russia. “More than circumstantial.” A scandal of a size “beyond Watergate.”

For two years, Rep. Adam Schiff, the House Intelligence Committee chairman, seemed to be on every talk and late-night show sounding ominous warnings about what special counsel Robert Mueller might find on President Donald Trump. But Mueller found no coordination or conspiracy involving Trump, his campaign and the Russian government, the Justice Department said Sunday. That sparked furious GOP calls for Schiff to resign from the committee or Congress as the Trump administration went on the offensive, recriminations in mind, with the 2020 elections nearing.

Schiff, a lawyer who has served in Congress since 2001, ranged far and frequently across the media landscape in interviews about the Mueller investigation. In his sober, mild-mannered style, Schiff at times came close to sounding like he believed Trump had broken the law, Republicans said.

More than any other example, Republicans on Monday pointed to a March, 2017 appearance on MSNBC in which Schiff said “There is more than circumstantial evidence now” of a relationship between Russia and Trump’s associates. In December of that year, Schiff said on CNN: “The Russians offered help, the campaign accepted help. The Russians gave help and the president made full use of that help. That is pretty damning, whether it is proof beyond a reasonable doubt of conspiracy or not.”

And in May of last year, Schiff said on ABC that the Russian trolling of Democratic National Committee emails is “like Watergate in the sense that you had a break-in at the Democratic headquarters, in this case a virtual one, not a physical break-in, and you had a president as part of a cover up,” he said. Schiff said later that the Russia investigation is “a size and scope probably beyond Watergate.”

Schiff is far from the only Democrat to use provocative rhetoric about Trump and his campaign. But it was his words that were getting the most attention from Trump’s re-election campaign and the Republican National Committee, which featured Schiff prominently on lists of Democrats who had publicly suggested a link between Trump and his 2016 campaign, and Russia.

“Now we find out that none of that is true,” House Republican leader Kevin McCarthy of California told The Associated Press. “He should first apologize to the American public and he should step back from the chairmanship.”

“This man leads the Intelligence Committee in the House,” Conway said on Fox News Channel. “He ought to resign today.”