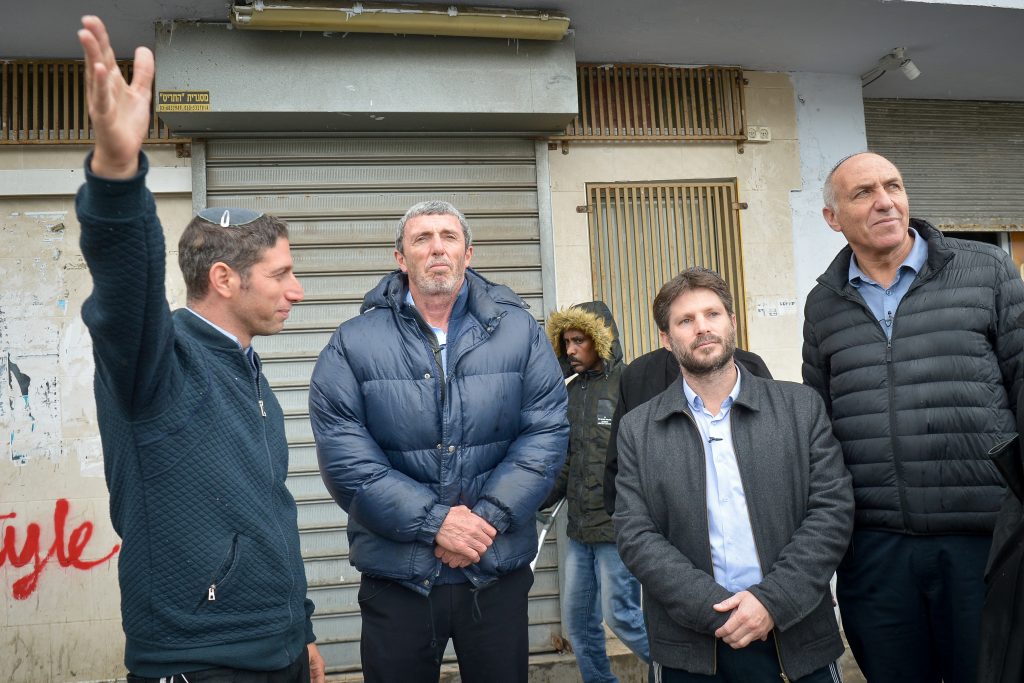 Police made dozens of arrests in South Tel Aviv Sunday night, as several major incidents of unrest – including fights and rioting – broke out among large numbers of African migrants in the neighborhood. Magen David Adom was called in to treat at least two individuals who sustained serious injuries in a fight.

According to community activist Sheffi Paz, who has led calls by Jewish residents of the area for stronger action against what she called the unsafe conditions in the neighborhood, the unrest had spread from the area of the new Central Bus Station to areas further north, including neighborhoods not inhabited by the largely illegal Eritrean and Sudanese migrants. Paz reported that witnesses told her about knife fights and incidents in which Africans threw rocks and bricks at each other. Residents also reported that the majority of the security on patrol were not police, but heavily armed Border Guards and Yassam special forces.

United Right List candidate Rafi Peretz and MKs Betzalel Smotrich and Moti Yogev visited the area Monday. Peretz said that “the question is, Does Israel have the right to preserve the Jewish character of the area? Rights groups that claim that they are doing nothing but defending the rights of the migrants by forcing the city to keep them in the neighborhood are hypocrites,” given the suffering that veteran Jewish residents of the neighborhood are undergoing.

The reason South Tel Aviv looks like it does is because the High Court three times nullified government plans to deport or resettle the migrants, said Smotrich. “The only way to bring back sanity to the lives of the residents here is to pass a law limiting the power of the court to rule on this matter. We as a party are committed to this, and we are committed to restoring democracy and government to its proper place, thus making the people the rulers of the country,” as opposed to being subject to the whims of the court, Smotrich added.