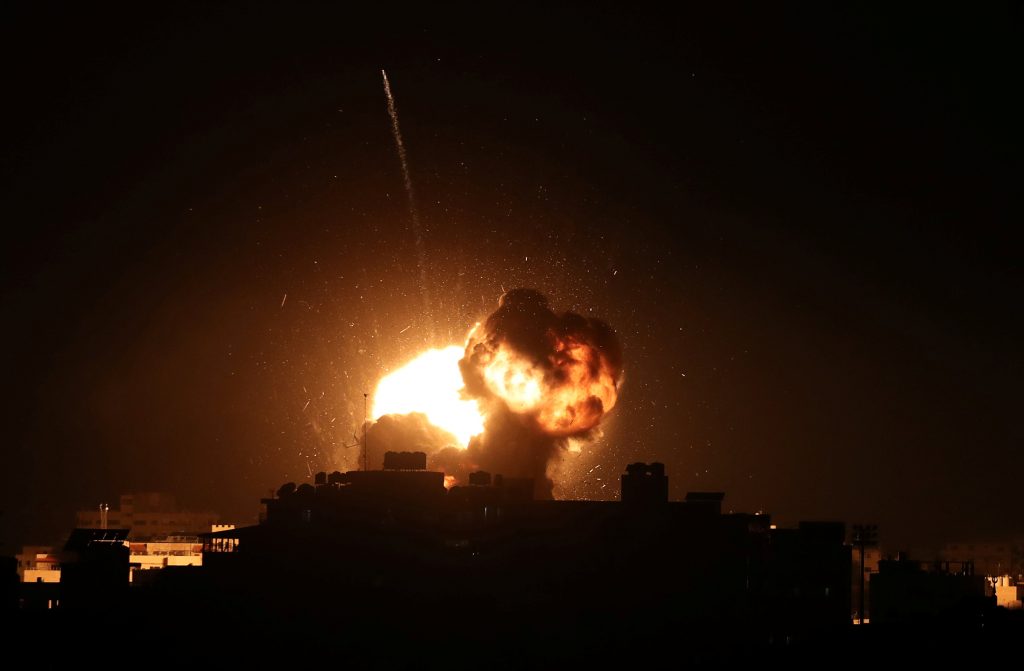 Rocket alarms were triggered in Israeli communities near the Gaza Strip by two mortars fired from Gaza on Monday evening, apparently in reprisal for Israeli air strikes earlier in the day.

B’chasdei shamayim, no injuries were reported or damage, according to media reports.

Train service between Tel Aviv and southern cities tonight has been canceled.

According to the Hamas-run health ministry in Gaza, one Palestinian has been injured in the IDF bombardment. The statement did not detail the extent of the injuries.

Intelligence Minister Yisrael Katz told Channel 13 that the military operation will be extensive.

“This operation is the most significant since Operation Protective Edge [in 2014]. It has just begun and it will hit significant Hamas targets,” Katz says.

“If Hamas responds, the blow will be harder. This is a zero tolerance policy.”