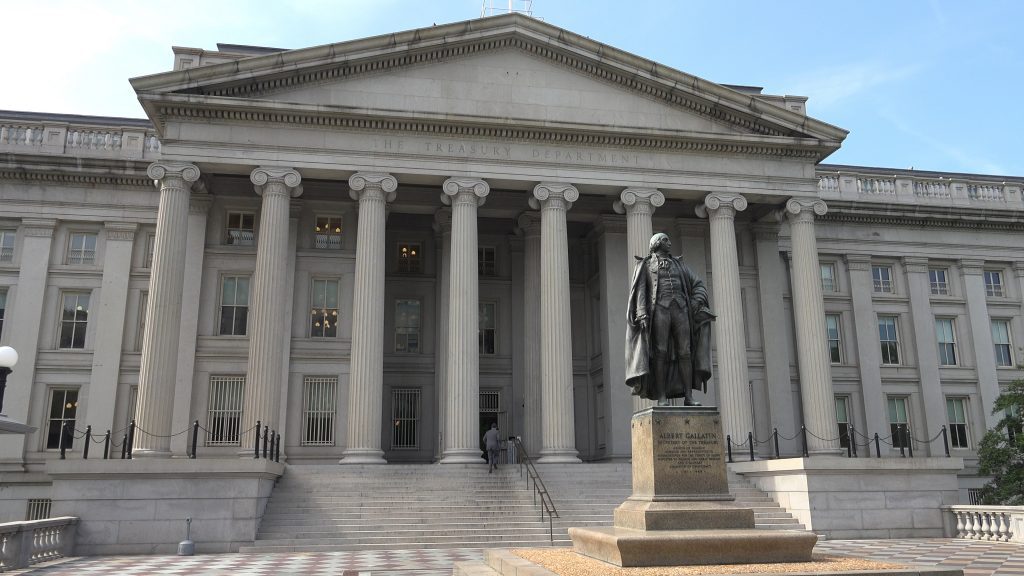 The budget gap widened to $234 billion in February, compared with a fiscal gap of $215.2 billion a year earlier. That gap surpassed the previous monthly record of $231.7 billion set seven years ago, according to data compiled by Bloomberg.

February’s shortfall helped push the deficit for the first five months of the government’s fiscal year to $544.2 billion, up almost 40 percent from the same period the previous year, the Treasury Department said in its monthly budget report Friday. The release was delayed a week by the government shutdown earlier this year.

Receipts dipped less than 1 percent to $1.3 trillion in the October-February period from the previous year, while spending accelerated 9 percent to $1.8 trillion.

Federal Reserve Chairman Jerome Powell reiterated his concern over the government deficit in a press conference Wednesday, saying that the nation’s growing debt pile needs to be addressed. At the same time, there’s a shift among some economists — led by proponents of Modern Monetary Theory — on the dangers of a growing deficit, with low inflation and cheap borrowing costs suggesting there’s room for additional spending.

The Treasury data show tax receipts declined for both corporations and individuals in the five-month period, while revenue from customs duties almost doubled, boosted by income from tariffs imposed by the Trump administration.