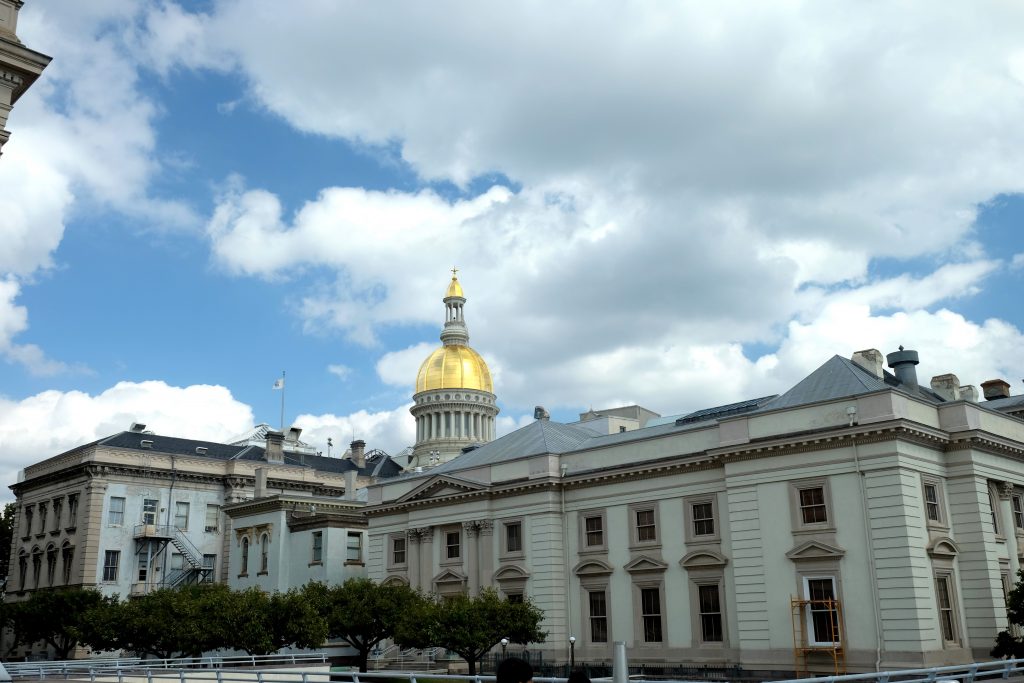 Physician assisted suicide appears on track to become law in New Jersey soon, as a bill that would permit the practice has been posted for votes in both houses of the state’s legislature on Monday. Leaders and advocates for the Orthodox community have described the measure as “dangerous” to all those who live in the state and have made advocacy to stop it a high priority.

The bill has been before the state’s legislature for more than six years without ever coming to a vote on the senate floor, but after the election of Governor Phil Murphy, who has voiced support for the cause, advocates renewed their push for its passage.

It has been voted on and passed several times in the Assembly, but never came to a vote on the Senate floor. Democratic Senate President Steve Sweeney voiced support for the measure several years ago and is a co-sponsor, but never had sufficient support in his chamber to pass the bill. Now that it has been posted for a floor vote, it is a nearly certain sign that its passage is imminent.

Assemblyman Gary Schear (D-Passaic) told Hamodia that he found the bill “repugnant,” but that its becoming law seems close to unavoidable. Despite his being a long-time loyal member of the majority Democratic caucus, the Assemblyman said that he plans to vote “no” on the measure supported by his party’s leadership.

“In 14 years in the assembly I have abstained from votes on bills backed by my party, but only voted ‘no’ once, this will be the second time,” said Assemblyman Schear. “The idea of the state codifying suicide is so antithetical to everything that I hold sacred…[on this matter] I can’t be an apologist for this bill or for my party.”

For many years, groups and legislators advocating to permit doctors to aid patients with terminal diagnoses in ending their lives were limited by the fact that former Governor Chris Christie had vowed to veto any such measure. While its original sponsor, Assemblyman John Burzichelli (D–Glouster) was able to consistently rally votes for its passage in the lower house, few senators voiced enthusiastic support and leaders did not push for votes.

An observer who has followed the process surmised to Hamodia that a mix of support from the governor’s mansion and a flurry of political deal making around high-profile issues such as a minimum wage hike and statewide legalization of marijuana had changed the tide. Bills are almost never listed for floor votes by chamber leaders unless they know that there are enough votes for passage.

“I was surprised to see that it had been posted, as a few key senators had told us that it was not something the caucus was talking about, but I can’t say that I’m shocked either,” Rabbi Avi Schnall, director of Agudath Israel of America’s New Jersey Division told Hamodia. “As long as Governor Christie was in office, there were a lot of senators who may not have felt strongly either way but didn’t want to anger religious groups and other opponents for a bill that was doomed anyway. Once Governor Murphy came in with plans to make New Jersey a model of ‘progressive’ states, that all changed.”

Known as the “Aid in Dying for the Terminally Ill Act,” the bill would allow doctors to prescribe lethal medications to a patient who is in the terminal stage of an irreversibly fatal illness, disease or condition with a prognosis, based upon reasonable medical certainty, of a life expectancy of six months or less.

When the issue was first advanced, a letter signed by more than 30 prominent Rabbanim and Roshei Yeshivah circulated, calling on the Orthodox community to fight the drive to legalize physician-assisted suicide, advocating that it be a “top priority” in voting decisions, as well as advising the community to directly contact their representatives to urge them to oppose it in Trenton. About a year ago, the letter was also signed by Harav Shmuel Kamenetsky, shlita, Rosh Yeshivas Philadelphia, and Harav Dovid Schustal, shlita, Rosh Yeshivas Beth Medrash Govoha.

In addition to moral concerns, opponents fear that giving doctors a legal way to aid patients to end their lives would corrupt the role of the physician as a healer and would discourage medical professionals from administering life-prolonging treatments for patients who have been deemed terminally ill. An additional worry is that such a law would lead insurance companies to refuse to cover care for such individuals.

Advocates of the bill argue that allowing doctors to help terminally ill patients end their lives gives them the “autonomy” to determine their own fates. According to a recent opinion poll, the proposition has steadily gained popular support in the state.

At present, only California, Colorado, Hawaii, Oregon, Vermont, Washington and the District of Columbia permit doctor-assisted suicide. However, many legislatures around the country are weighing similar legislation, and polls show the issue garnering wide popular support in many areas of the United States.

Patients who request a physician’s assistance in ending their lives must undergo a psychological evaluation, have their diagnosis confirmed by a second doctor and make their request twice within a period of 15 days. Anyone found guilty of coercing someone to take the lethal medications could face a $15,000 fine or prison time.

Rabbi Schnall said that while some protections have been added as the measure has progressed, reasons for deep concern remain.

“There are safeguards in the bill, but this is always going to be a bad and dangerous bill at its core and these protections are not going to change that.”