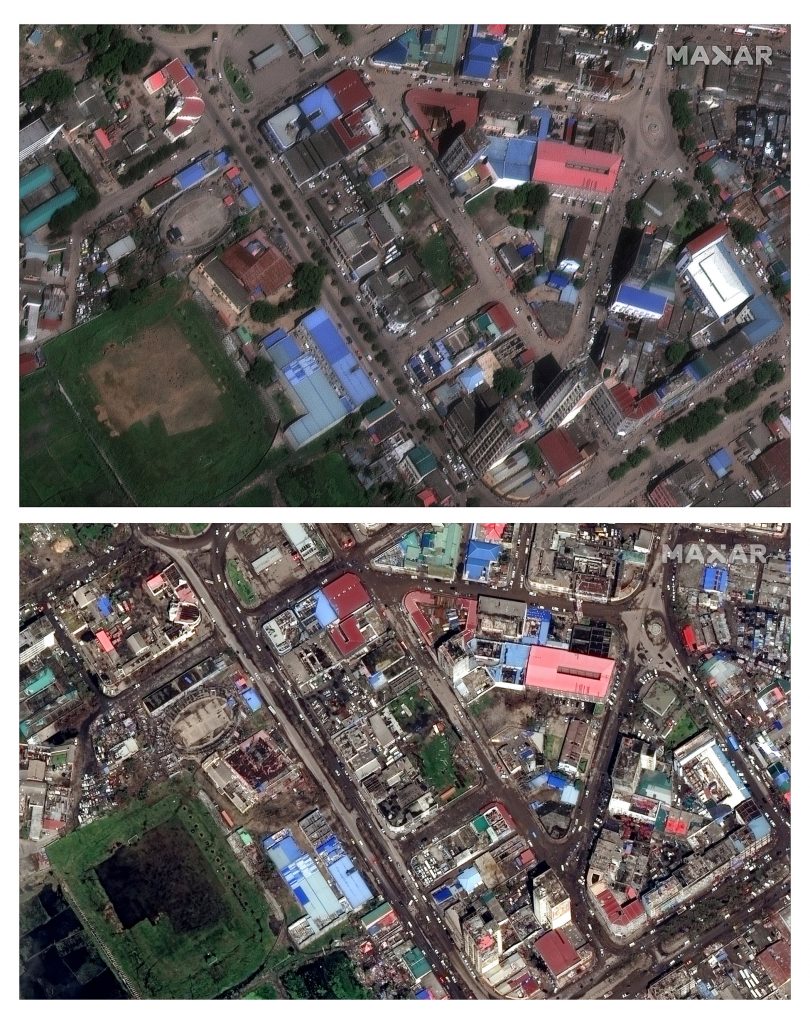 Mozambique has recorded more deaths from a cyclone and floods around southern Africa, a government minister said on Sunday, with hundreds left in camps after homes were destroyed.

Cyclone Idai lashed the Mozambican port city of Beira with winds of up to 105 mph, then moved inland to Zimbabwe and Malawi, flattening buildings and putting the lives of millions at risk.

Mozambique’s Land and Environment Minister Celso Correia told journalists that the death toll had risen to 446 from 417, adding that 531,000 people had been affected by the disaster and 110,000 were in camps.

The storm has also killed scores of people in Zimbabwe, with the United Nations’ migration agency reporting that 259 people had been killed, while its humanitarian arm OCHA said the death toll was at 154.

In Malawi, 56 people died in heavy rains ahead of the cyclone.

In all three countries, survivors have been digging through rubble to search for victims, and scrambling for shelter, food and water, while governments and aid agencies rush in help.

The Mozambican minister had said on Saturday that some 1,500 people were in need of immediate rescue from rooftops and trees. On Sunday he said the number of people who needed rescuing had came down dramatically, without giving a figure.

The floods have raised the risk of cholera and other water-borne diseases, and Correia said the government was opening a cholera treatment center in readiness of an outbreak.