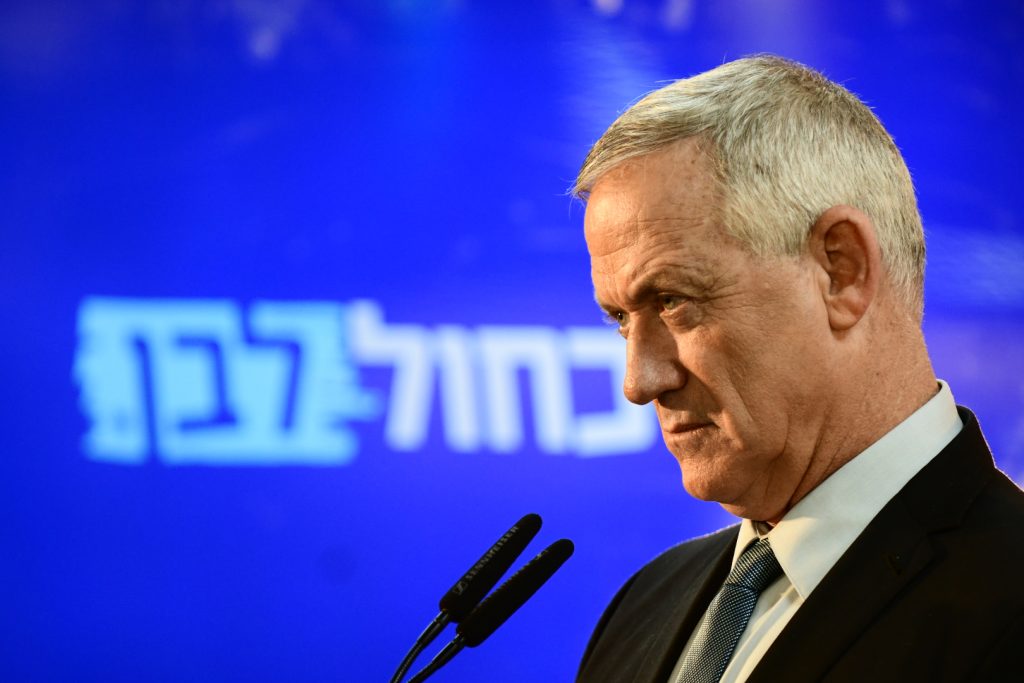 The Israeli election campaign came to Washington on Sunday, as Israeli Prime Minister Binyamin Netanyahu and his main challenger Blue and White chairman and former IDF chief of staff Benny Gantz arrived for the AIPAC conference, and in the PM’s case visits with President Donald Trump.

The timing of the president’s recognition of Israeli sovereignty two weeks before the election was not something that could be ignored, least of all by Gantz.

“I don’t think President Donald Trump is trying to interfere in the Israeli elections. The Golan [statement] is a nice present he is giving to Israel. And I am sure there will be more presents during this visit,” Gantz wryly told Israeli reporters in Hebrew on the sidelines of the AIPAC conference on Sunday.

In a less circumspect comment, Gantz revisited the theme of Mr. Netanyahu being too distracted by his legal entanglements to lead the country.

“I watched the Netanyahu interview last night. And I have to say is that I am very worried. It was a 40-minute interview, and it was all about Netanyahu. Nothing about the issues that Israelis are concerned about,” he said.

In another swipe at Mr. Netanyahu, who has come to be more identified with Republicans than Democrats since the Obama years:

“Bipartisanship has to be the most important thing for Israel and the United States. I’ve been acting in the United States in and out for so many years. I could never care whether it was a Democratic president or a Republican president. I never asked the guy…’what are you, Democrat or Republican?’ It’s none of my business.”

Later on Sunday, Channel 13 released a recording on which Gantz could be heard confiding to associates that “if Netanyahu had a way to kill him, he would do so.”

He also suggested that Netanyahu may have colluded with Russia to hack his cellphone.

Gantz has said that it did not contain any classified information that could harm national security, nor anything that could be used to blackmail him if he were elected prime minister.