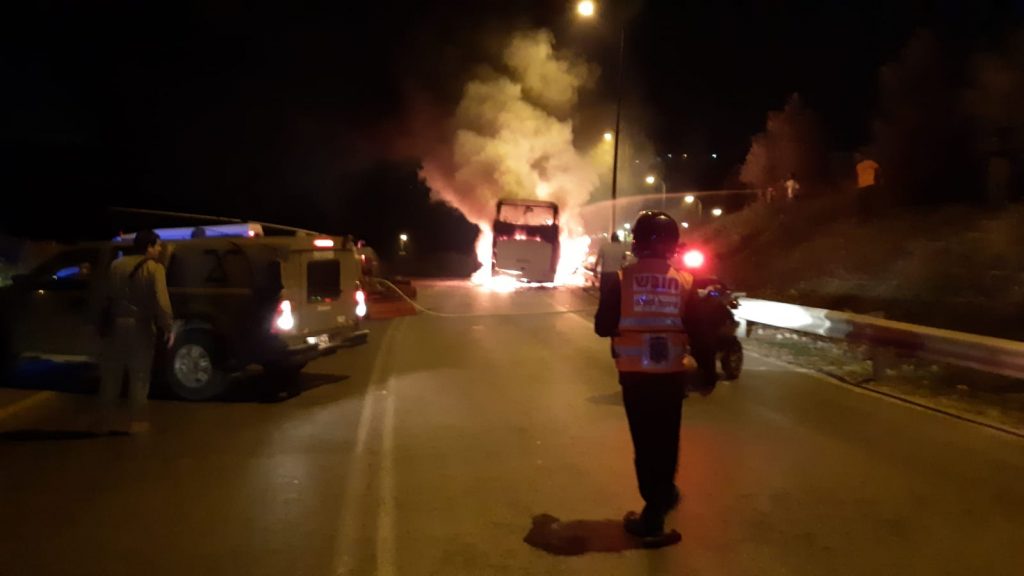 A bus went up in flames after being firebombed at the Jit junction on Highway 55 near Kedumim in the Shomron, according to media reports on Sunday evening.

B’chasdei shamayim, the bus was empty at the time, and no casualties were reported.

IDF and MDA units were dispatched to the scene.

In a separate incident, authorities were investigating whether a fire near the southern town of Eshbol was caused by an incendiary balloon from Gaza, the Kan public broadcaster reported.