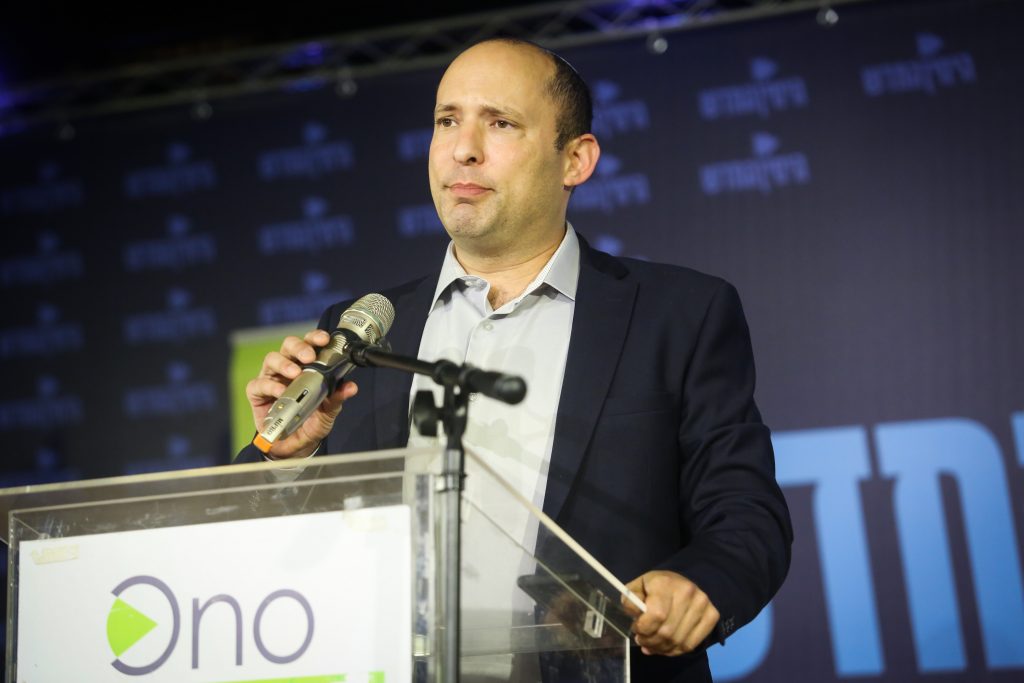 New Right party leader Naftali Bennett has accused the generals leading the Blue and White alliance of being responsible for the deaths of IDF soldiers through their support of overly restrictive rules of engagement.

“This entire terrible incident stems from the rules of engagement that Benny Gantz and Bogie placed on IDF soldiers,” Bennett said, using Moshe Yaalon’s nickname during an interview with Radio 103FM.

Maj. Benaya Sarel, Hy”d, and Lt. Hadar Goldin, Hy”d, were taking part in an operation to find and destroy Hamas tunnels. They were ambushed by Hamas gunmen and both killed. Hamas members grabbed Goldin’s body and his remains, along with the remains of another IDF soldier Oron Shaul, Hy”d, who was killed in a separate incident. The bodies of both soldiers are believed to be held by Hamas.

Bennett claimed the operation in which Sarel was killed and Goldin kidnapped was done “under terrible rules of engagement. They sent soldiers, told them ‘Go and deal with the tunnels but don’t open fire.’”

Israel is still seeking the return of the bodies.