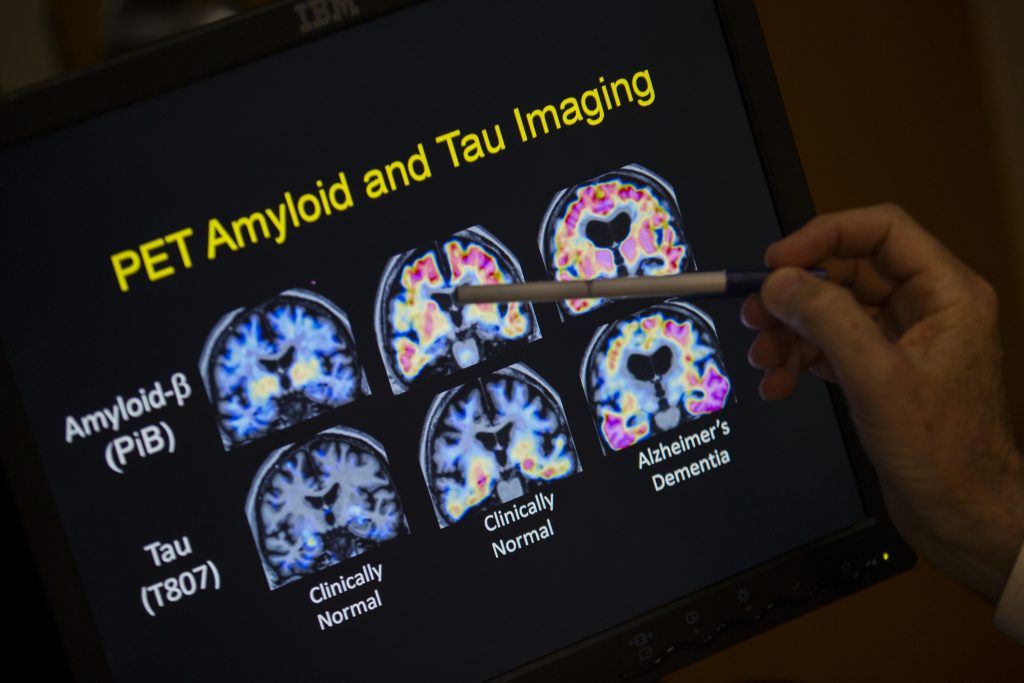 Drugmakers have tried again and again to treat Alzheimer’s disease by targeting a compound in the brain known as beta amyloid.

Last week, Biogen Inc. and Eisai Co. joined the ranks of frustrated companies that spent years nurturing expensive, experimental therapies that ultimately fell short. Many scientists and drug developers are now asking whether it could be time to find another approach to treat the pernicious memory-wasting disease.

The brain has been a black box for drug developers, but focusing on beta amyloid has long been viewed as the best hope for treating the mysterious ailment that affects millions of Americans and their families. For many, the hypothesis became an article of faith, motivating billions of dollars in research spending and putting thousands of patients through clinical trials.

“It’s not science anymore,” said George Perry, a biology professor at the University of Texas at San Antonio and a long-time critic of the amyloid theory. “It has turned into a religion.”

Biogen and Eisai will discontinue two late-stage trials designed to evaluate the efficacy and safety of the drug aducanumab, which has cost the partners more than $830 million over the past three years. The results showed that the drug was unlikely to help patients, the companies said in a statement, and the discontinuation wasn’t related to safety concerns.

The companies said they would continue to work together on other Alzheimer’s therapies.

Beta amyloid is a protein that collects in the brain and, in people with Alzheimer’s, clumps into plaques. Drugmakers have pursued the idea that by clearing beta amyloid with drugs, they might stop the disease. But it’s still not known if the protein is the cause of Alzheimer’s, or merely a neurological memorial to damage already done.

The latest failure, following the unraveling of similar experimental beta amyloid drugs from Merck & Co., Eli Lilly and Pfizer in large-scale trials, has scientists questioning whether the persistent focus on targeting the compound has prevented investment in testing drugs against other possible Alzheimer’s targets. Even so, researchers had thought that perhaps the Biogen compound might be different from previous failures.

“The hope was that maybe they have the secret sauce. Maybe they have the form of antibody that’s the most potent,” said Samuel Gandy, associate director of the Mount Sinai Alzheimer’s Disease Research Center in New York. “I admit to you, we are getting pretty desperate.”

Each time an anti-amyloid medication fails, the theory shifts, said Perry. Its proponents argue that a flawed drug didn’t hit the right form of amyloid, or didn’t target patients at early enough stages of the disease.

The fizzling of Biogen’s therapy in two large studies is the second such failure this year. In January, Roche Holding mostly abandoned another beta-amyloid compound, stopping two large studies after concluding that they would fail.

“We are running out of excuses” for why beta-amyloid treatments aren’t working, said Zaven Khachaturian, editor-in-chief of the medical journal Alzheimer’s & Dementia. The field has become so focused on amyloid it has a difficult time shifting gears, he said, but drugmakers “keep trying, hoping that the path they are on is going to give blockbuster drugs.”

Part of the science supporting the theory goes back to genetics. Some patients have been found with mutations in genes involved in beta-amyloid production, and are predisposed to get Alzheimer’s. But that doesn’t prove that amyloid is behind more common cases of the disease.

“It has never been established that it is causal,” says Murali Doraiswamy, an Alzheimer’s expert at Duke University Health System. He said the field needs to regroup. “We need to re-evaluate all of the ongoing trials, given the latest information.”

While numerous drugmakers have missed the mark with beta-amyloid treatments, Biogen could be forced to consider a dramatic revamp of its business. News of the trials’ failure carved off nearly a third of the biotechnology company’s market value; its shares ended down 29 percent on Thursday at $226.88, suffering their worst single-day decline since 2005 and wiping out more than $18 billion in market capitalization.

“It’s clear now, aducanumab is dead,” Mizuho Securities biotech analyst Salim Syed wrote in a note to investors after downgrading the shares to neutral from a buy rating. “The one-liner here is we just don’t see much to be excited about.”

Overall, there have been about 200 failed attempts to find an Alzheimer’s treatment. Against that backdrop, Biogen and Eisai’s aducanumab had offered a glimmer of hope, and when the studies were halted, the bottom fell out.

Still, some scientists say that the pursuit of beta amyloid has limited the horizons of drug researchers. Doraiswamy, the Duke professor, said the companies have too much riding on the approach to surrender. Pharmaceutical giants double down on losing bets because their structure doesn’t allow them to just walk away, he said.

“You have a whole division in a company that is betting on a trial, they don’t want to kill it,” Doraiswamy said. Scientists meanwhile are bracing for more trials, and more failures, to come.

“There will be more,” said Perry, the Texas biology professor. “It is not the end.”