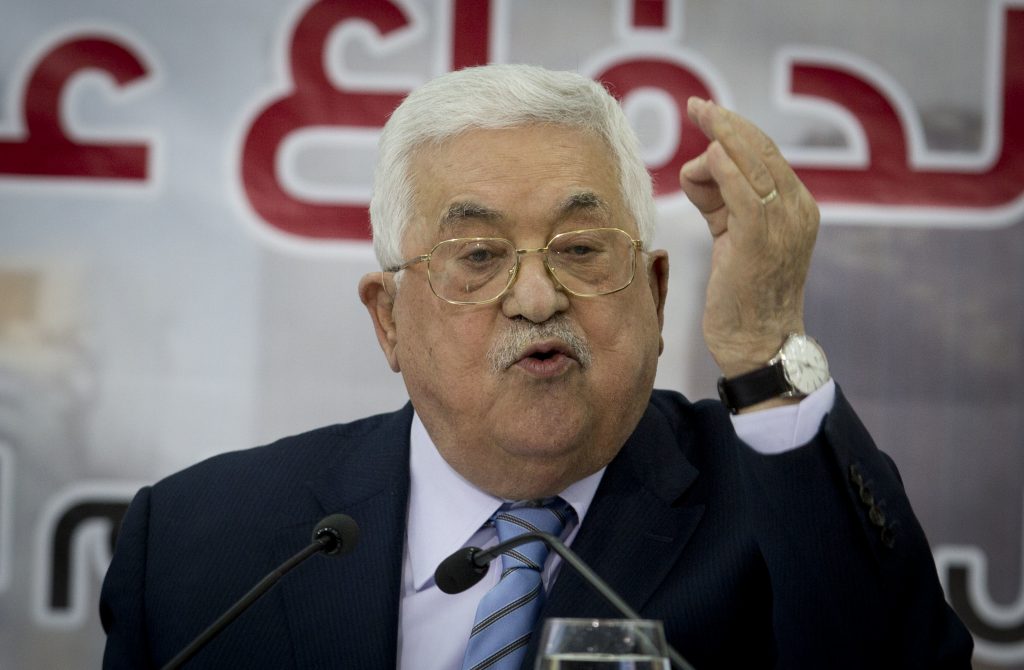 Palestinian Authority Chairman Mahmoud Abbas is prepared to forgo a standing army in a Palestinian state that will be established in Yehudah and Shomron, and to instead allow NATO troops to ensure security, he said Saturday night. Speaking to American students visiting Ramallah, Maariv reported, Abbas said that he had made the offer as a goodwill gesture to Israel, in order to allay its security concerns.

Abbas also said that he was prepared to close a deal that would establish the Palestinian state in the areas Israel liberated in the 1967 Six Day War, with border adjustments to account for Jewish population centers in the region.

“I told Trump that if Israel was concerned about its security situation, I would recommend stationing NATO troops in Palestine in order to defend Israel and ensure our security.” Abbas said that one of Trump’s advisers said that 6,000 troops could be allocated for the task. “I told him, Mr. President, I do not believe in war. I believe that if we get our state I will prefer to build a school than to buy a tank, I would rather build a hospital than a fighter plane. I don’t want weapons, I want to build a state.” At that point, Abbas said, Trump looked at him and said, “How is it that people say you are a terrorist? You are a man of peace.”

Abbas made the offer when he met U.S. President Donald Trump  in December 2017. According to Abbas, Trump expressed support for the idea, saying that he was in favor of the two-state solution, and would publicly say so. However, he said, two weeks after the meeting, Trump announced his intention to move the U.S. Embassy to Yerushalayim. That decision, along with the cutting off of U.S. funds to UNWRA, led to a cutoff of relations between the PA and the U.S., Abbas said.