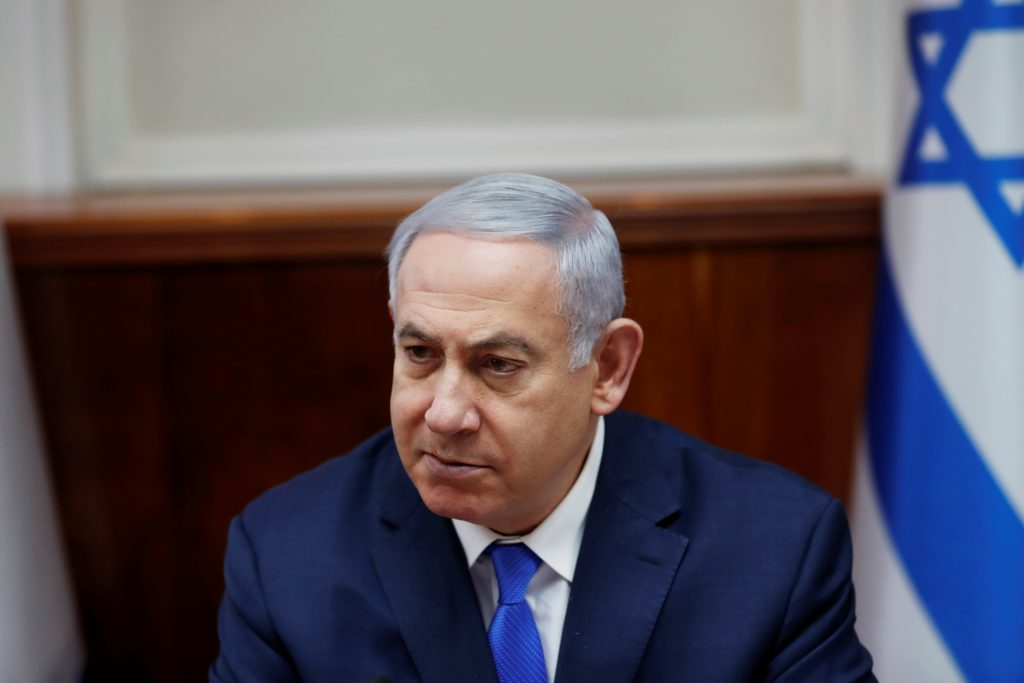 Prime Minister Binyamin Netanyahu on Motzoei Shabbos gave an interview to Israeli media – the first time he has done so in four years. In the interview with Channel 12, Netanyahu sought to dispel recent new allegations that he was involved in a scheme to make money by getting the security establishment to approve the purchase of submarines from Germany.

“I came here tonight to dispel a wave of lies being spread by Benny Gantz, Yair Lapid and Moshe Yaalon,” his rivals from the Blue and White party, he said. “I am on my way to Washington, and decided to stop off to dispel these lies. Most of the negative news about me has fallen by the wayside, and other stories will soon as well.”

At issue is an allegation that Netanyahu had shares in a Texas-based steel factory called SeaDrift – managed by his cousin Nathan Milikowsky – that later merged with a company called Graphtec International, which supplied steel to German company Thyssenkrupp, which eventually sold submarines to Israel. That sale has been the focus of scrutiny in Case 3000, in which several officials – among them state witness Micky Ganor – were involved in a bribery scandal to promote the sale of the submarines.

It should be noted that Netanyahu sold his shares before SeaDrift merged with Graphtec – and long before there was a deal to buy submarines from Thyssenkrupp. In the interview, Netanyahu – who was opposition head when the stock sale took place – said that all actions regarding the stock purchase and sale were reported to the relevant authorities in Israel, and that none had registered any opposition or even raised any questions.

That the company could be sold for a profit – Netanyahu earned some 400 percent on the sale of the SeaDrift shares over their purchase price – should not be surprising, Netanyahu said. “We see many high-tech companies that are sold for hundreds or thousands of percent higher than when they started out. This was a company with great technological potential, but was poorly managed. My cousin recognized this potential; he is a business genius. He knows the area very well and he realized the business opportunity, and he fixed up the company.” Netanyahu told his interviewers that it was unfair to blame him for a successful investment. “I say this emphatically – there was no connection between my investment and the submarine purchase. I sold all my shares in that company a year and a half before the first submarine was sold to Israel.”

Netanyahu also slammed the media – and Channel 12 – over the coverage he has received. “There is an attempt here to divert the attention of the public from the fact that we are choosing between a prime minister who has brought the country to its best situation ever, and a leftist government with Yair Lapid as prime minister that will rely on Meretz and Arab parties, who support terror,” Netanyahu said. “We are doing the good work here.

“They make fun of my wife and my son,” he continued. “They show us with the faces of pigs. You do this kind of satire every night. You spill my blood in the news broadcasts. This story of the stocks is another blood libel against me. SeaDrift had no connection to the submarines and I received all the necessary permits to hold and sell the stocks. I am not asking for you as reporters to treat me with kid gloves, as you do my rival party. All I want is to give my answers.”

The reason the entire story is surfacing just weeks before the election, Netanyahu said, is because of the hacking of Gantz’s cellphone by the Iranians. “They started this issue of the submarines when the news came out about the phone. Gantz needs to tell us what is on the phone, and end it. The only way that a man who is in the number-one position can avoid being blackmailed by our number-one enemy is to tell the public what is on the phone,” Netanyahu added.