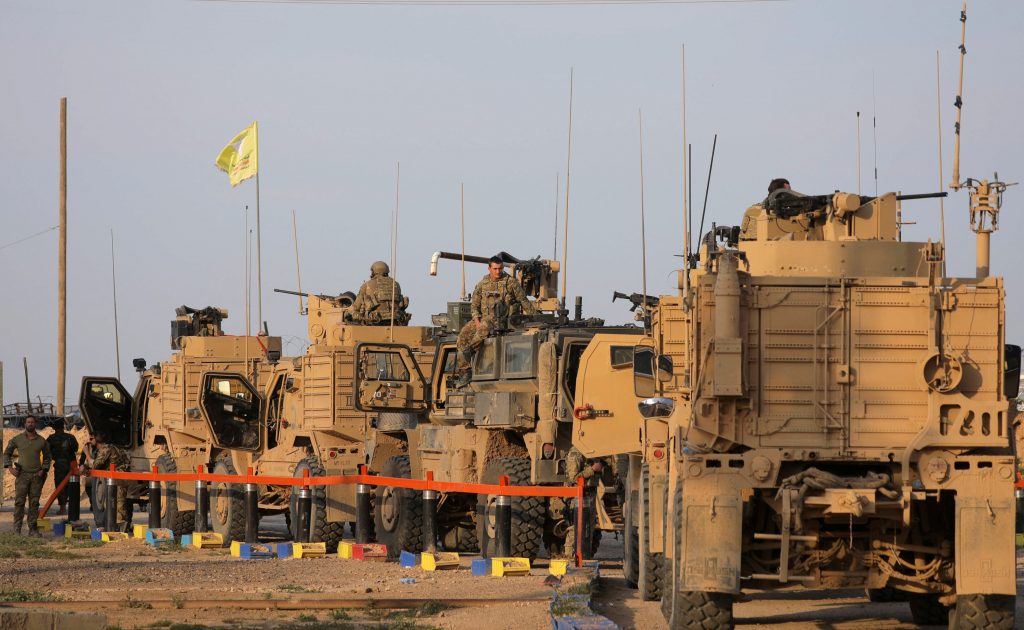 U.S.-backed forces proclaimed the capture of Islamic State‘s last territory in Syria on Saturday, eliminating its rule over a self-proclaimed “caliphate,” but the terrorists remain a threat from sleeper cells around the world.

Originally an offshoot of al-Qaida, IS took large swathes of Iraq and Syria from 2014, imposing a reign of terror with public beheadings and attacks by supporters abroad – but it was eventually beaten back to the village of Baghouz.

“We announce today the destruction of the so-called Islamic State organization and the end of its ground control in its last pocket in Baghouz,” Syrian Democratic Forces (SDF) general commander Mazloum Abdi told a victory ceremony.

SDF terrorists, who besieged Baghouz for weeks while planes pounded from above, paraded in memory of 11,000 comrades killed in years of fighting against IS.

Despite the euphoria, some shooting and mortar fire continued on Saturday morning, according to a Reuters journalist at Baghouz. And Abdi warned the campaign against the terrorists’ more hidden threats must continue.

Some IS terrorists still hold out in Syria’s remote central desert, and in Iraqi cities they have slipped into the shadows, staging shootings or kidnappings.

The United States believes the group’s leader, Abu Bakr al-Baghdadi, is in Iraq. He stood at the pulpit of the medieval mosque in Mosul in 2014 to declare himself caliph, sovereign over all Muslims.

Further afield, terrorists in Afghanistan, Nigeria and elsewhere show no sign of recanting allegiance, and intelligence services say IS devotees in the West might plot new attacks.

Still, the fall of Baghouz is a big milestone in a fight waged against the group for more than four years by numerous local and global forces, some of them sworn enemies.

France and Britain, which also back the SDF, welcomed the developments, though U.S. officials acknowledged work remained.

In a separate statement Saturday, President Donald Trump said the region had been “liberated,” but added the United States will remain vigilant.

“While this is a critical milestone in the fight against ISIS, we understand our work is far from complete,” acting U.S. Defense Secretary Patrick Shanahan said in a statement.

The capture of Baghouz marked a big moment in Syria’s eight-year war, wiping out one of the main contestants’ territory, with the rest split between President Bashar al-Assad, Turkey-backed rebels and the Kurdish-led SDF.

Assad and Iranian allies have sworn to recapture all of Syria, while Turkey has threatened to drive out the SDF, which it sees as a terrorist group. The continued presence of U.S. troops in northeast Syria might avert this.