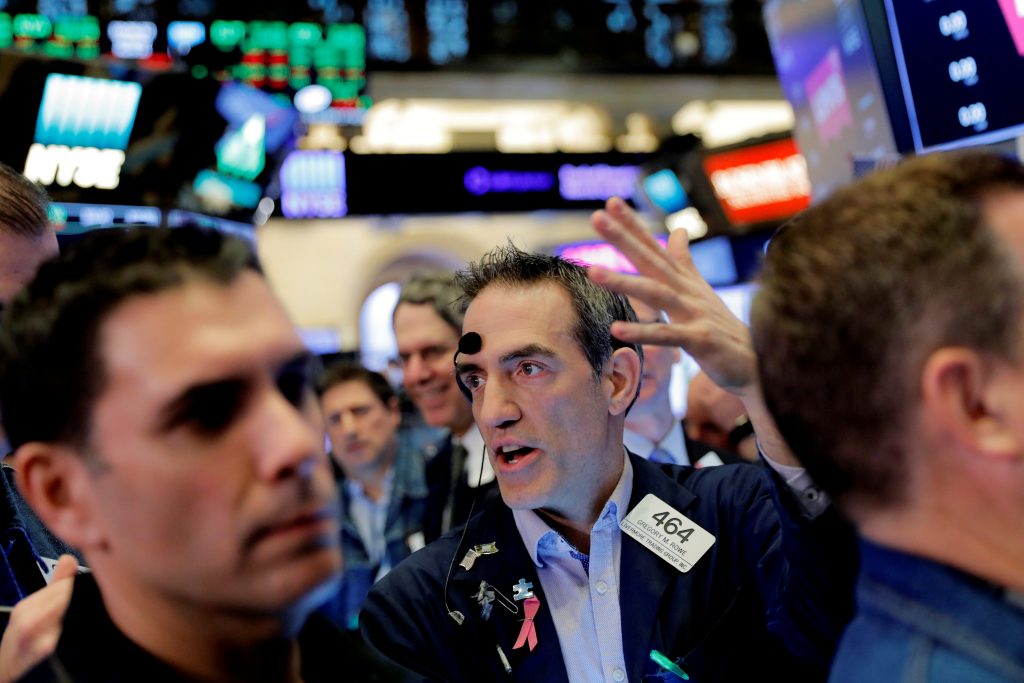 Citigroup led a decline in banks with a 3.8 percent loss as bond yields continue to drop, threatening the profitability of financial companies that make money from lending.

Boeing gave up 1.8 percent after Indonesia’s flag carrier became the first airline to seek to cancel an order of 737 Max 8 jets, which have been involved in two fatal crashes in the past six months.

Investors shifted money into lower-risk, high-dividend stocks. Utilities, real estate companies and makers of consumer products were the only sectors to rise.

Key bond yields fell this week to their lowest levels in more than a year after the Federal Reserve said it was seeing slower growth in the economy and no longer expected to raise interest rates this year. Investors are also buying bonds, sending yields lower, because they’re worried about slowing economic growth elsewhere in the world, especially Europe.

The yield on the benchmark 10-year Treasury note, which is used to set rates on mortgages and many other kinds of loans, fell to 2.45 percent from 2.54 percent late Thursday, a big move. That’s down sharply from its recent high of 3.23 percent in early October.

The stock market has seesawed from gains to losses throughout the week, but the S&amp;P 500 index is still closing in on its second straight weekly gain and is up more than 13 percent for the year.

LOOSE LACES: Nike stumbled after disappointing sales in its vital North America market fell short of analysts’ forecasts and it warned of a sales slowdown.

The weak regional results overshadowed an otherwise solid third quarter for the athletic apparel maker, which is best known for its sneakers and athletic shoes. Revenue and profit grew during quarter, beating forecasts.

North American sales make up the majority of the company’s revenue and footwear is the largest driver of sales. The company faces constant competition from German rival Adidas, which has been working to gain a stronger foothold in North America.

The company operates most of its stores Georgia, Texas and Alabama. The solid results were driven by increases in sales at existing stores and online. Hibbett’s profit forecast for the fiscal year was also well above Wall Street’s expectations.