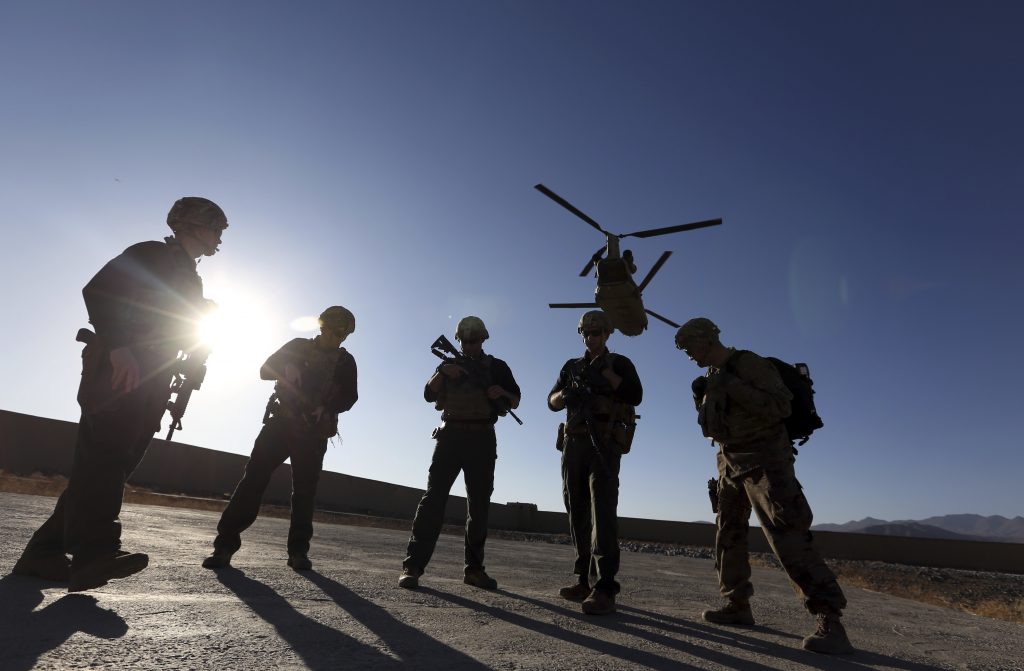 Two U.S. service members were killed in Afghanistan on Friday while conducting an operation, the NATO-led Resolute Support mission said in a statement.

It gave no further details and withheld the names of the service members until next of kin were informed.

The U.S. military’s mission is focused on guiding and aiding Afghan forces battling the Taliban, who were ousted from power in 2001.

The latest deaths bring the tally of U.S. service members’ deaths in Afghanistan to at least four in 2019, and a total of at least 65 U.S. military deaths since January 2015, according to U.S. government and NATO reports.

The war has taken a much larger toll on Afghan security forces and civilians.

President Ashraf Ghani, speaking at the World Economic Forum in January, said that about 45,000 Afghan security forces have been killed since he took office in September 2014, which works out to an average of 849 per month.

A record 3,804 Afghan civilians were killed last year due to stepped up air attacks by U.S-led forces and more suicide bombings, the United Nations said in a February report.

Violence has been relentless in Afghanistan even though Taliban terrorists have held several rounds of talks with U.S. officials about a peace settlement.

The latest talks wrapped up this month with both sides citing progress, but no agreement to end the 17-year war.

The Resolute Support Mission consists of 17,000 troops, about half of them from the United States. A smaller number of U.S. troops operate in Afghanistan under a counter-terrorism mission.