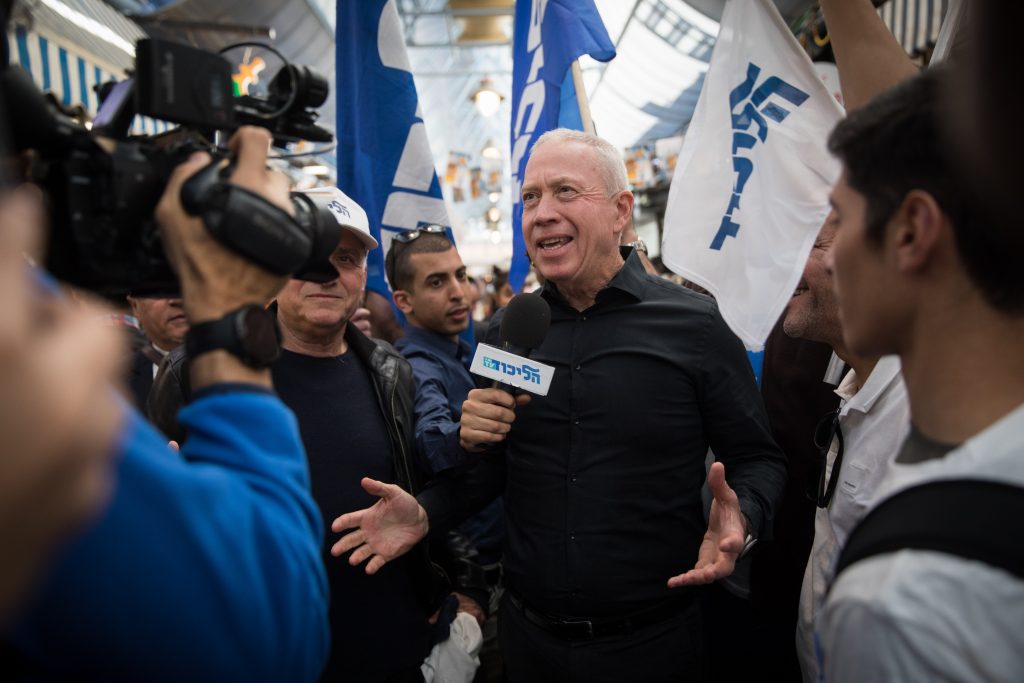 As of Friday, there are 18 days to the election that is pitting Prime Minister Binyamin Netanyahu against his Blue and White rival, Benny Gantz, and both his party and Netanyahu’s Likud are pulling out all the stops in trying to bring down the other. But the efforts are proving to have little effect; Blue and White continues to lead by several seats, similar to recent polls, shows a new poll by Yisrael Hayom Friday – but the right bloc continues to be the dominant force, making the formation of a coalition by Gantz a challenge he may not be able to overcome.

The new poll has Blue and White coming in with 30 seats, with the Likud getting 26. The third largest party would be Labor – but the list would get only 9 seats in a new Knesset. Behind Labor is the United Right List, which would get 7 seats. Three parties – United Torah Judaism, Meretz, and Moshe Feiglin’s Zehut – would get 6 seats, while Naftali Bennett’s New Right, and the Arab Ta’al-Hadash would get 5 seats. Five parties – Yisrael Beytenu, Shas, Kulanu, Ra’am-Balad, and Orly Levy-Abukasis’s Gesher party – would get 4 seats each.

Depending on which coalition she would decide to join, Netanyahu could put together a coalition of either 62 or 66 seats. To form a government, Gantz – assuming he would not rely on the Arab parties to form a government, as he announced, and as that Arab parties have stated they would not support anyway – he would have to include Gesher, as well as the Chareidi parties in his coalition – and the latter have stated repeatedly that they will not join a government in which Yair Lapid is a top member.

Over the past week, the Likud has trumpeted the security risks involved with the hacking of Gantz’s cellphone by Iranian hackers. Last week, Netanyahu said that if “Gantz can’t protect his cellphone, can we expect him to be able to defend the country?” In response, Blue and White has been playing up new allegations in Case 3000, in which Netanyahu is accused of profiting from the sale of submarines by Germany to Israel. Both sides have dismissed the opposite’s claims as “nonsense.”