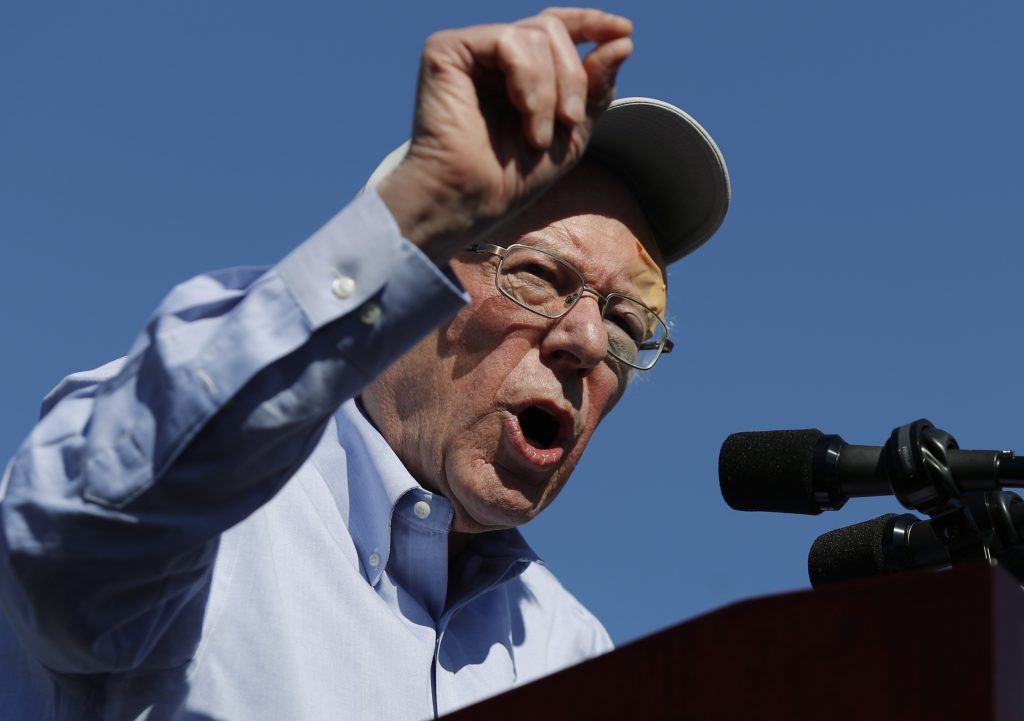 Sen. Elizabeth Warren of Massachusetts, Sen. Bernie Sanders of Vermont, former U.S. Rep. Beto O’Rourke of Texas, Sen. Kamala Harris of California and Sen. Kirsten Gillibrand of New York, are among the 2020 contenders who have decided not to attend. Former Starbucks CEO Howard Schultz, who is considering an independent bid for president, will also avoid the AIPAC conference.

It comes as the liberal advocacy group MoveOn has called on Democratic presidential candidates to skip this year’s policy conference, saying AIPAC had tried to thwart the Iran nuclear deal and had employed “anti-Muslim and anti-Arab rhetoric.” By not attending, the Democratic candidates can demonstrate their progressive bona fides in an increasingly crowded 2020 field.

But it also gives President Donald Trump an opportunity to highlight his ties to the Israeli government. As the Democrats distance themselves from AIPAC, Trump said Thursday that it is time for the United States to recognize Israel’s control over the disputed Golan Heights.

AIPAC declined to comment on the 2020 candidates but noted that presidential candidates have attended the conference in the past. Indeed, several Democrats seeking the presidency, including Harris, Gillibrand, Sen. Cory Booker of New Jersey and Sen. Amy Klobuchar of Minnesota, have spoken at the group’s annual conference before.

Sanders’ policy director Josh Orton confirmed his plans and said Sanders is “concerned about the platform AIPAC is providing for leaders who have expressed bigotry and oppose a two-state solution.”

Gillibrand’s senior adviser, Glen Caplin, said, “Senator Gillibrand was not planning to speak at the policy conference and will not be attending. As she does every year, she will meet separately with her New York constituents.”

The intense differences among the Democratic ranks over the U.S.-Israeli relationship came to a head last month when freshman Democratic Rep. Ilhan Omar of Minnesota, one of the first Muslim women in Congress, insinuated that lobbyists with AIPAC were paying lawmakers to support Israel. Her remark drew bipartisan criticism and a rebuke from House Speaker Nancy Pelosi, and Omar ended up apologizing for her comments.

One 2020 Democratic candidate, John Delaney, a former Maryland congressman, said he would not attend AIPAC because of a scheduling conflict, and an aide said he was “disappointed” to miss it.

“He’s attended the conference every year since he’s been in Congress, and he very much looks forward to being back next year,” said deputy press secretary Ahmed Elsayed.

Israeli Prime Minister Benjamin Netanyahu plans to visit the White House next week, and Secretary of State Mike Pompeo is currently in Jerusalem.

Netanyahu is to appear at this year’s conference, as are a number of Democratic political leaders, including Pelosi, Senate Minority Leader Chuck Schumer and House Majority Leader Steny Hoyer. Top Republicans are also expected to participate.