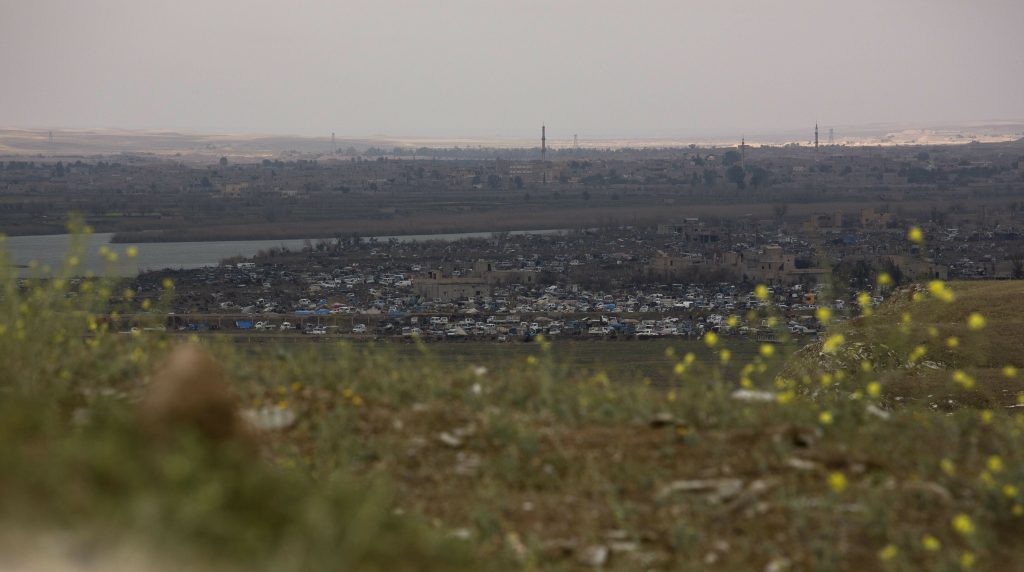 U.S.-backed Syrian fighters said they were still searching territory captured from Islamic State at its final enclave in eastern Syria on Thursday and denied a report the jihadists had been finally defeated.

After years of military campaigns by a range of international and local forces, the final capture of the Baghouz enclave at the Iraqi border will mark the end of Islamic State territorial rule that once spanned a third of Syria and Iraq.

After weeks of fighting, the U.S.-backed Syrian Democratic Forces (SDF) took a big step toward capturing the besieged area on Tuesday when they seized an encampment where the terrorists had been mounting a last defense of the area.

“Combing continues in the Baghouz camp,” an SDF media official said, citing commanders of the operation on Thursday, after the Syrian Kurdish news outlet Hawar reported that the entire enclave had been captured and IS defeated.

“There is no truth [to the report of] the complete liberation of the village,” the official said.

The report on Hawar News, which is close to the Kurdish-led administration that runs much of northern Syria, was later removed from its website.

President Donald Trump said on Wednesday that a “tiny spot” of remaining IS territory would be “gone by tonight.”

French Foreign Minister Jean-Yves Le Drian, whose country has participated in the campaign, said on Wednesday he expected the announcement of the “final territorial defeat” to be made in the “next few days.”

Though the defeat of IS at Baghouz ends its grip over territory, it remains a threat, with terrorists operating in remote territory elsewhere and capable of mounting terror attacks.

The U.S. military has warned that Islamic State may still count tens of thousands of terrorists, dispersed throughout Iraq and Syria, with enough leaders and resources to present a menacing insurgency.

The Pentagon’s internal watchdog released a report last month saying Islamic State remained an active terrorist group and was regenerating functions and capabilities more quickly in Iraq than in Syria.

It warned that the group could surge again in Syria within six to 12 months and regain limited territory without sustained pressure.

The United States believes Iraq is the location of IS leader Abu Bakr al-Baghdadi, who stood at the pulpit of the great medieval mosque in Mosul in 2014 to declare himself caliph, sovereign over all Muslims.