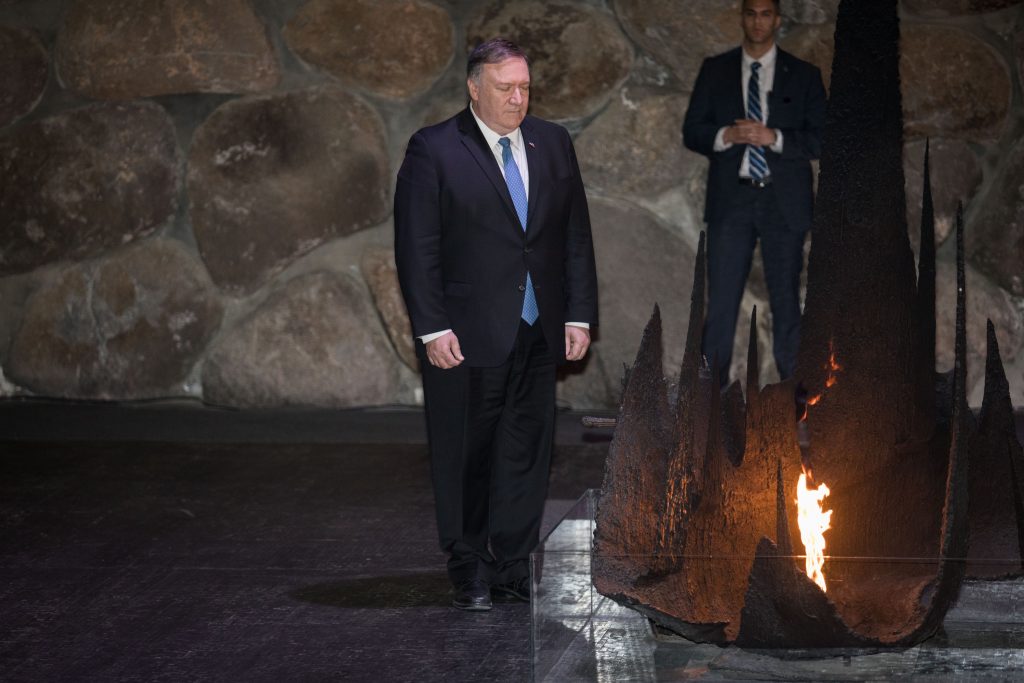 U.S. Secretary of State Mike Pompeo described Hezbollah on Wednesday as a risk to Middle East stability and conferred with Israel about the heavily armed, Iranian-backed Lebanese terror group ahead of a trip to Beirut.

Pompeo, who has been on a regional tour to promote the Trump administration’s hard tack against Iran, received a warning from Israel, which worries it may again be in the sights of Hezbollah forces winding down their intervention in Syria’s war.

“They are determined to wipe this country off the face of the planet and we have a moral obligation and a political one to prevent that from happening. You should know that the United States is prepared to do that,” Pompeo said in public remarks at the meeting.

For its part, Israel has carried out repeated air strikes on Hezbollah in Syria, where the Shi’ite Muslim militia – along with Russian air power – helped President Bashar al-Assad turn the tables against mainly Sunni Muslim rebels and terrorists.

Focusing his remarks on Lebanon, Rivlin told Pompeo that its prime minister, Saad al-Hariri, “cannot say to anyone that Lebanon is separate from Hezbollah” – a reference to the group’s political clout in Beirut where it has ministers in the government as well as lawmakers in parliament.

“If some[thing] will happen from Lebanon toward Israel, we will hold Lebanon as the responsible [party],” Rivlin said, speaking in English.

Washington also has been increasingly voicing concern at Hezbollah power, echoing Israel, whose forces were fought to a standstill by the militia in a 2006 Lebanon war.