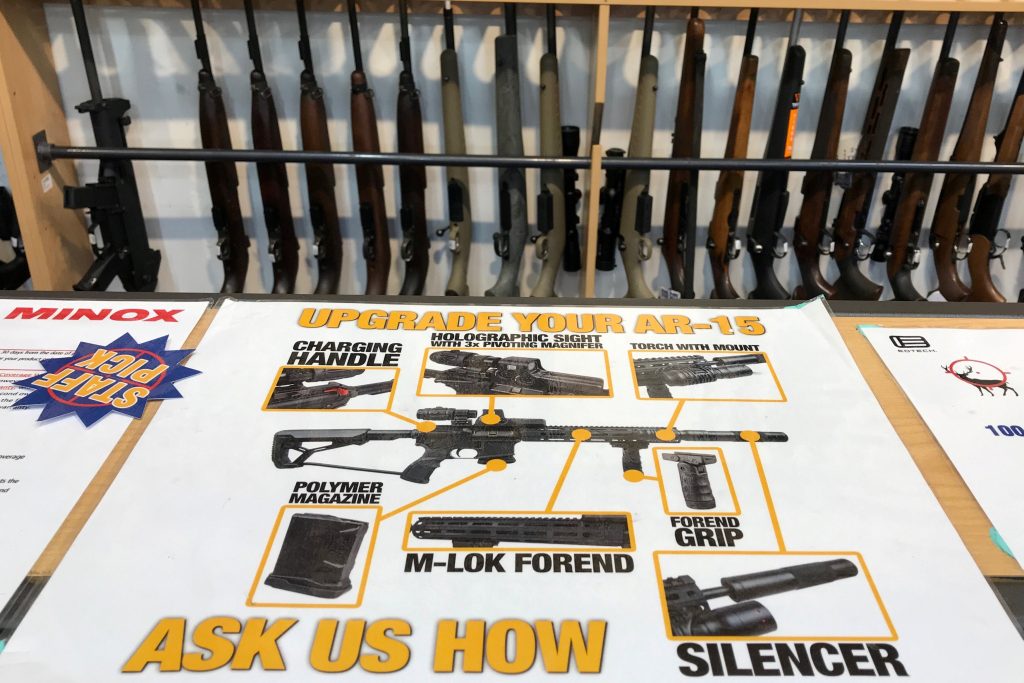 New Zealand Prime Minister Jacinda Ardern on Thursday announced a ban of “military-style” semi-automatic firearms and high-capacity magazines like those used in the shootings at two mosques last week.

Ardern said a sales ban was effective immediately to prevent stockpiling and would be followed by a complete ban on the weapons after new laws were rushed through.

She said people could hand over their guns under an amnesty while officials develop a formal buyback scheme, which could cost up to 200 million New Zealand dollars ($140 million).

The man charged in the mosque attacks had purchased his weapons legally using a standard firearms license and enhanced their capacity by using 30-round magazines “done easily through a simple online purchase,” Ardern said.

“Every semi-automatic weapon used in the terrorist attack on Friday will be banned,” she said.

The ban includes any semi-automatic guns or shotguns that are capable of being used with a detachable magazine that holds more than five rounds. It also extends to accessories used to convert guns into what the government called “military-style” weapons.

The government said the police and military would be exempt as would businesses carrying out professional pest control. Access for international shooting competitions would also be considered.

There are nearly 250,000 licensed gun owners in New Zealand, which has a population of 5 million people. Officials estimate there are 1.5 million guns in the country.

Ardern’s announcement comes as authorities announced that all 50 bodies from the attacks were formally identified and families were burying their loved ones.

After Ardern’s announcement, one of New Zealand’s largest gun retailers, Hunting & Fishing New Zealand, reiterated its support of “any government measure to permanently ban such weapons.”

“While we have sold them in the past to a small number of customers, last week’s events have forced a reconsideration that has led us to believe such weapons of war have no place in our business — or our country,” chief executive Darren Jacobs said in a statement.

Regardless of the ban, the company would no longer stock any assault-style firearms of any category and would also stop selling firearms online, he said.